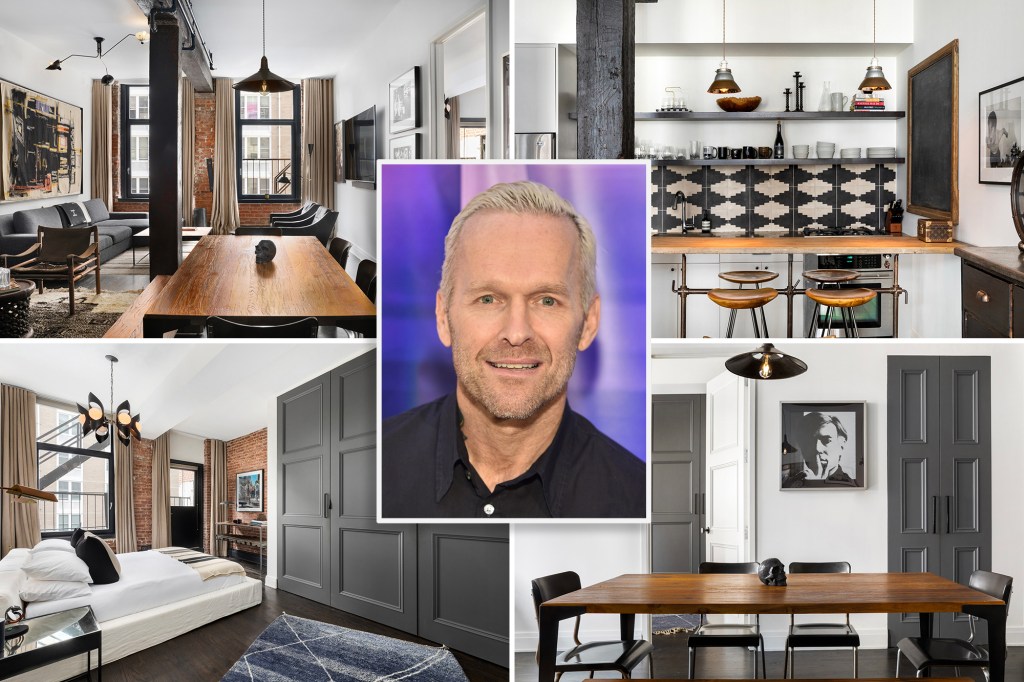 Bob Harper, host of “The Biggest Loser” and celebrity trainer, is listing his longtime New York City pad for $2.3 million, The Post can report.

Harper, 56, initially purchased the one-bedroom, two-bathroom abode for $1.895 million in 2015 — when he took over as host of the fan-favorite show, succeeding Alison Sweeney.

But it seems he is now ready to let go of the modern industrial designed apartment, two years after he got engaged to longtime boyfriend Anton Gutierrez.

Pegged as a “boutique condominium,” the space features exposed beams and brick, which allows it to feel more like a loft.

In the past few years, the home has undergone extensive renovations, including darkening the hardwood flooring, replacing all fixtures, renovating the kitchen, installing California closets in all storage areas and installing custom lighting and sound systems.

Located in the upscale Chelsea neighborhood, other features include a kitchen with chef’s appliances by LG, Miele and JennAir, with new countertops and backsplash and custom open shelving.

The building’s amenities include a 24-7 resident manager, a rooftop deck and a virtual intercom system.

Last year, after viewers criticized “The Biggest Loser” as a product of the unhealthy marriage of reality TV, Harper told The Post that they were working on changing things up on the show.

“We’re really focusing on the after-care with the reboot,” Harper said. “Not only with a gym membership but a nutritionist and a support group.”

“We want to give you all the tools you need because what I’ve learned in this business is that, no matter how you lose weight, fast or slow, 80% of people gain their weight back. Those are the cold hard facts. So it’s about accountability, it’s about changing your life.”

In 2017, he was forced to step back from the show after suffering a serious heart attack, which led him to change up his diet.

“I haven’t cut out meat completely, but I don’t have as much, especially red meat,” Harper told The Post. “I really miss it.”

Something HUGE is About to Hit the US Real Estate Market
Germany’s housing market is facing a serious downturn in prices, analysts say
U.S. to backstop mortgages over $1 million for first time
Real Estate Investing Strategies
Hang on, America’s Railway workers want WHAT? Are they crazy? | Redacted with Clayton Morris