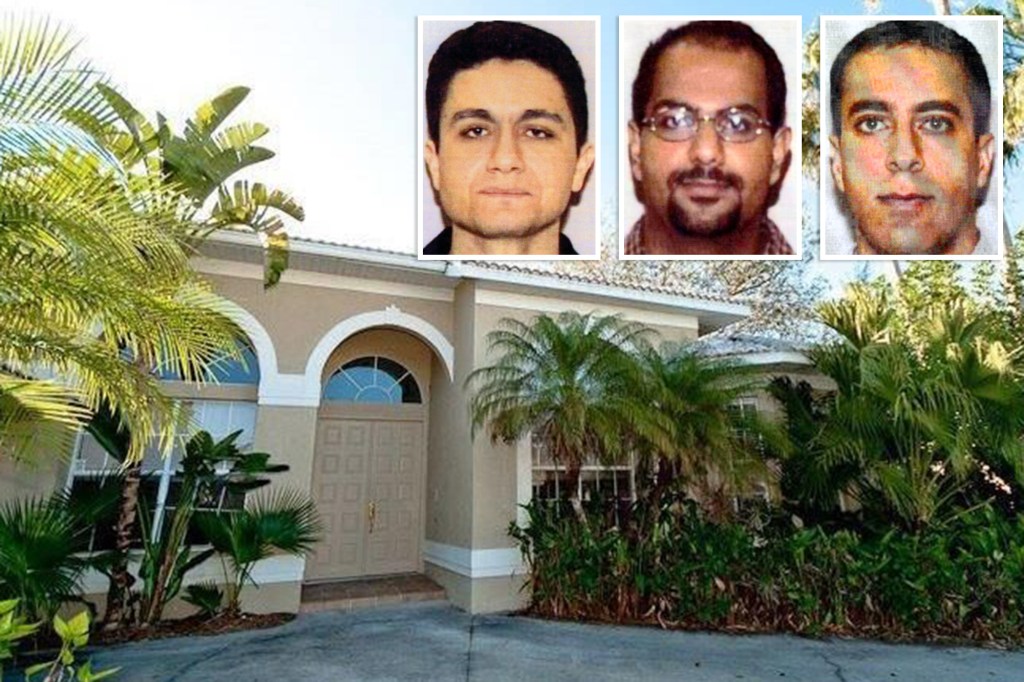 A well-connected Saudi family hosted frequent visits from 9/11 terrorists at their Sarasota, Fla., home while they were in the area flight training, according to documents released by the FBI in 2013.

And while they were in training for the devastating attack that took the lives of nearly 3,000 innocent people 20 years ago, they were not roughing it in squalor.

Located in the exclusive community of Prestancia, where Michael Jordan once rented a home, the residence was owned by Esam Ghazzawi — a prominent Saudi interior designer, businessman and adviser with long ties to the Saudi royal family.

The daughter of Ghazzawi, Anoud al-Hijji and her husband, Abudlazziz al-Hijji, lived there with their two young children.

The tropical abode — and former high-jacker hangout — is quiet with four bedrooms and three bathrooms spread out on a spacious 3,750-square-foot property. It’s located in a gated golf course community, which residents tout for its top-notch “security.”

Despite denying any involvement with the terrorists, the al-Hijjis abruptly fled their Sarasota home in a rush two weeks before the Sept. 11 attacks.

“They left behind valuable items, clothing, jewelry and food in a manner that indicated they fled unexpectedly without prior preparation or knowledge,” one FBI analyst wrote.

A 2002 memo from an FBI field agent with the Southwest Florida Domestic Security Task Force noted “many connections” between the al-Hijji’s and three of the pilot hijackers — Mohamed Atta, Ziad Jarrah and Marwan Alshehhi, according to the Herald-Tribune. The three learned to fly planes at Huffman Aviation in the nearby city of Venice. Records list them as frequent visitors to the al-Hijji household.

Atta and Alshehhi were the two men in the cockpits when jets slammed into the World Trade Center towers.

At the time, the FBI had attempted to hide the Saudi connection for years until the newly released document in 2013 proved otherwise.

In August 2019, US District Court Judge William Zloch ruled the FBI has, for the last seven years, unlawfully withheld a narrow window of detail of its investigation into what went on at the al-Hijji household.

None of the information pertaining to al-Hijji made it into the “9/11 Commission Report” released in 2004. Those records were only obtained after a Freedom of Information Act request was submitted by Florida Bulldog, an online investigative journalism watchdog, years after the official books were closed and with the help of Florida Sen. Bob Graham.

Graham had been informed of the more specific conditions that the al-Hijji’s left the home in. He described them as “urgent conditions — a new car left in front of the house, food in the refrigerator and clothes in the washer.” Toys floated in the swimming pool, dirty diapers lay in the bathroom, and clothes and jewelry remained in closets and drawers.

“Further investigation of the [al-Hijji] family revealed many connections between the [al-Hijji family] and individuals associated with the terror attacks on 9/11/2001,” a portion of the 2013 declassified FBI documents stated.

The FBI had determined that the couple, along with Anoud’s father, had left the United States and were back in Saudi Arabia, in Riyadh.

In 2003, however,  Anoud and her mother quietly traveled back to Sarasota, paid the homeowners’ fees and arranged for the sale of the house.

While his daughter was living in the home with her husband, Anoud wore a 10-carat heart-shaped diamond ring and Westernized clothes, reports Sarasota Magazine.

She and her husband, Abdulazzi, owned three cars: a Range Rover, a Lexus and a brand-new PT Cruiser. Neighbors revealed they didn’t socialize much with them and the family didn’t belong to the country club at Prestancia. But, they did enjoy going to the movies at Sarasota Square Mall.

The house was ornately decorated, with Persian carpets on the floors, statues and expensive furnishings.

The home has seen renovations over the years since the al-Hijjis abandoned the property.

Other terrorists involved in 9/11 frequented another Sarasota home in the town of Nokomis.

Most recently, the brother of the mastermind behind the attacks, Osama Bin Laden, listed his longtime Bel-Air home.