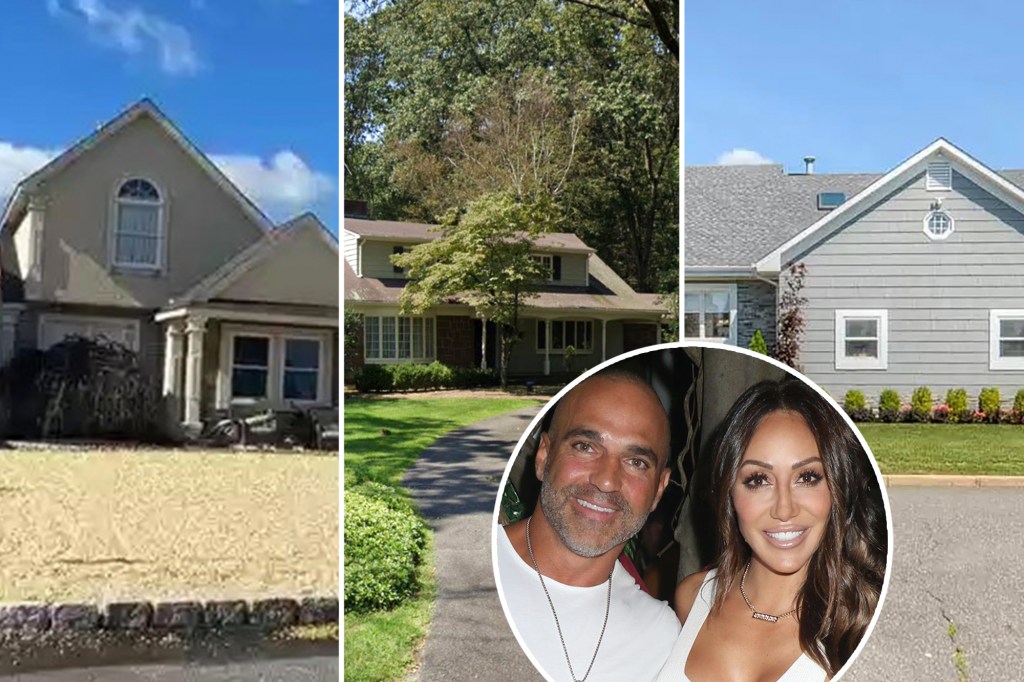 It seems like Joe and Melissa Gorga are working to get their finances in order.

The “Real Housewives of New Jersey” stars are selling three New Jersey homes they own after downgrading to a $900,000 Franklin Lakes pad, The Post can report.

It also comes months after the duo were accused of owing thousands of dollars to several employees who had worked for them, including their former real estate agent, Michelle Pais. But the Gorgas have denied this, calling it a case of miscommunication.

The first of two waterfront Toms Rivers properties they’ve listed, however, has spent years on and off the market.

The Gorgas first purchased this vacation getaway home — made up of three bedrooms and two bathrooms — in 2005 for $450,000. Although they’ve been trying to get rid of it for nearly a decade, they haven’t had any luck.

In 2011, they attempted to sell the home for $520,000. But because they took out so many loans against the property, they would’ve still owed the bank about $1.5 million after interest during that period, records show.

The Gorgas even attempted to rent out the place a few times in hopes to have some consistent money coming in.

It could have something to do with the interior design of the home, which appears a bit outdated.

Their second Toms Rivers vacation home was recently listed on Sept. 7 for $2.9 million — the same day they gave their other property a price cut.

It is unclear why the Gorgas have decided to sell this home. The Post has reached out for comment.

Made up of seven bedrooms and five baths, the home spans over 3,500 square feet and has been renovated with all modern finishes.

Exterior amenities include an expansive in-ground pool on a double lot with 165 feet of water views on the Bayfront.

Then, there is an investment property in Paterson they bought in 2018 for $149,000. The Gorgas flipped it and the home was listed a month ago for $525,000. If they score this sale, they would be making a hefty profit.

While construction is still pending, the home will be made up of six bedrooms and three bathrooms.

Meanwhile, the Gorgas purchased a new family home in Franklin Lakes, which they closed on June 15 for $950,000, property records show.

Although the initial home was made up of five bedrooms and six bathrooms, Melissa revealed that they were planning on deconstructing the property and designing a new home on the land to their liking.

The property will sit on nearly 1.5 acres of land, located in the West Gate Urban Farms community, The Post has learned.