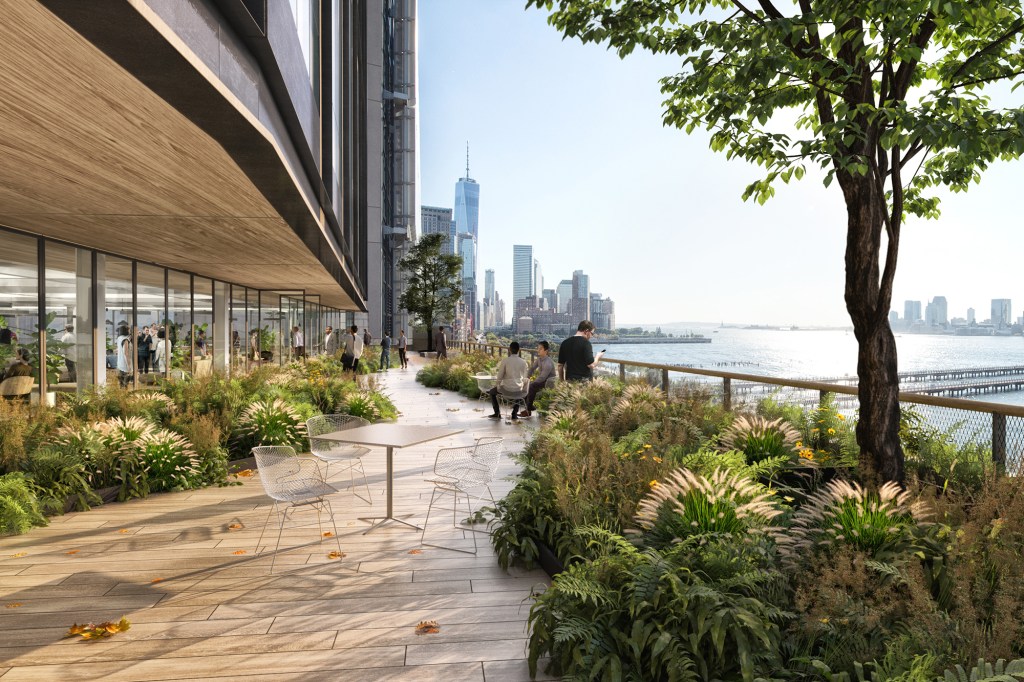 Who said the office is dead?

Google said Monday it is paying $2.1 billion for a New York City building in the largest American office deal since 2018.

The deal is for a 1.3 million-square-foot waterfront building at Hudson Square in Manhattan that is set to be completed in 2023.

Google had already signed an agreement to lease the Hudson Square office building from owners Oxford Properties Group and Canada Pension Plan Investments in 2018. The terms of the lease included an option to buy the building, which Google said it will exercise in the first three months of 2022.

The 12-story building at 550 Washington St. takes up two full city blocks. It was originally constructed in 1930 as a terminal for freight trains that ran on what is now the High Line.

The deal signals that Google is planning to expand its in-person footprint in New York, even as it gives more employees the option to work remotely. The company currently has 12,000 “Googlers” in the city and said it plans to add at least 2,000 more.

But the news also comes as Google continues to push back its office reopening date and says many employees will be allowed to work remotely forever — although some will have to take salary cuts.

“Coming together in person to collaborate and build community will remain an important part of our future,” Google chief financial officer Ruth Porat said in a Tuesday blog post announcing the deal. “It is why we continue investing in our offices around the world.”

In addition to the Hudson Square building, Google also plans to open 320,000 square feet in office space at Pier 57 in Chelsea.

New York politicians heaped praise on Google, which is currently facing an outcry from pro-democracy activists after caving to Russian government demands to delete an opposition app over the weekend.

“Google’s historic investment in New York City marks an enormous step for our recovery,” said Mayor Bill de Blasio in a press release sent out by the tech giant.

Gov. Kathy Hochul, meanwhile, said the deal was “yet another proof point that New York’s economy is recovering and rebuilding.”

At $2.1 billion, Google’s purchase of the Hudson Square building is the fourth-largest office US building deal in the past 20 years, according to data complied by the real estate analyst CommercialCafe. It is the largest deal since 2018, when Google bought Chelsea Market for $2.5 billion.

Even as Google doubles down on office space, it has told many employees that they can opt to work remotely forever — with a catch.

The company rolled out an internal pay calculator over the summer that showed employees who live in some suburban and rural areas would likely take sizable salary hits.

Google employees who previously commuted an hour to Google’s Manhattan offices from nearby Stamford, Conn. would see their salaries slashed by 15 percent if they choose to continue working from home, according to screenshots of the calculator obtained by Reuters in August.

By contrast, “Googlers” who live within NYC’s five boroughs and choose to work from home permanently would not see their pay slashed at all.

Tuesday’s deal was first reported by the Wall Street Journal.

London’s rental market is in crisis. Here’s why and how renters are struggling
Hong Kong services to rebound as China reopens, but UBP says sector is coming from ‘fragile situation’
Mortgage rates drop to the 5% range for the first time since September
3 key things to know before opening a home equity line of credit
I found a great apartment — but the landlord charges fees for a pet fish