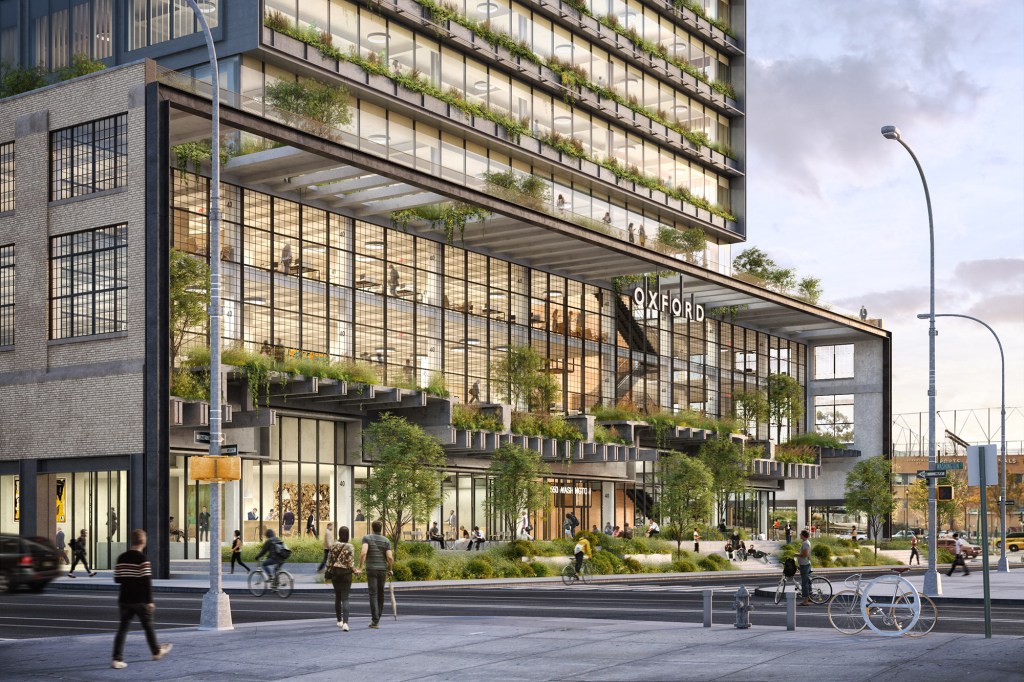 Jubilation swept the New York real estate world on Tuesday over Google’s announcement that it plans to purchase the huge St. John’s Terminal building at West Houston Street and the Hudson River for $2.1 billion early next year.

It was hailed as the city’s priciest single-building purchase since before the pandemic — but it’s even better news for the city’s slowly rising office occupancy rate, according to the broker who handled the property’s sale to its current owners.

Cushman & Wakefield investment-sale powerhouse Douglas Harmon pointed out that the purchase option was built into Google’s lease agreement three years ago with the owners of St. John’s, an industrial-era landmark that’s being converted into an advanced digital workplace. The Post first reported such an option in December 2018.

Google wasn’t obligated to exercise its purchase right despite expectations that it would. In choosing to do so, it clearly signaled its commitment to long-term, expanded office use even while many employees continue to work from home.

Three years ago, Harmon also brokered the sale of St. John’s to current owners Oxford Properties and the Canada Pension Plan. That’s when the “real impact” of Google coming to the area came, he said. “Everybody said, ‘Wow, look at Google,”  when it promptly leased the whole building.

In some ways, the purchased announced Tuesday is now anticlimactic, he said. Google always had the option in its current lease to purchase the property — and it was always likely the company would exercise it, Harmon said.

Still, it’s a good signal for the back-to-the-office movement, he said, as the local economy continues its slow climb out of the depths of the pandemic.

“What’s much clearer now is it’s a matter of time for everybody back in their offices. It’s about when, not if.”

“There were questions about this six or nine months ago, but not anymore,” he said.

There’s still a long way to go before office towers are anywhere near to being filled with people again. But the 8.7-point advance was the largest such increase since the pandemic mostly emptied Manhattan’s half-billion square feet of offices.

Last week’s New York jump was the largest in the Top 10 markets followed by Kastle.

Like Facebook and Amazon, Google has said it would likely adopt a “hybrid” system to allow employees work partly in offices and partly from home.

But Google clearly doesn’t intend to let its total 3.1 million square feet of Manhattan space — including St. John’s when it’s ready for occupancy in 2023 — to be used for just espresso bars. The company said this week it will add 2,000 more employees in the city on top of 12,000 who already work there.

Mitchell Moss, professor of policy and urban planning at NYU, called the St. John’s deal “the greatest vote of confidence that New York City could get. It’s a signal to every ambitious person that the city is well-positioned for the 21st Century and that the lower West Side is the intellectual center of gravity for NYC.

“The banks are [still] important as are the law firms and media companies,” he said. “But there is only one Google.”

Biden administration rolls out a blueprint for a ‘renters bill of rights’ – Here’s what it includes
What is a ‘rolling recession’ and how does it affect consumers? Economic experts explain
London’s luxury home sellers turn to WhatsApp as private sales surge
How Kyle Richards’ husband Mauricio Umansky built a $57B real-estate empire
Mansion where ‘My Fair Lady’ was written hosts estate sale