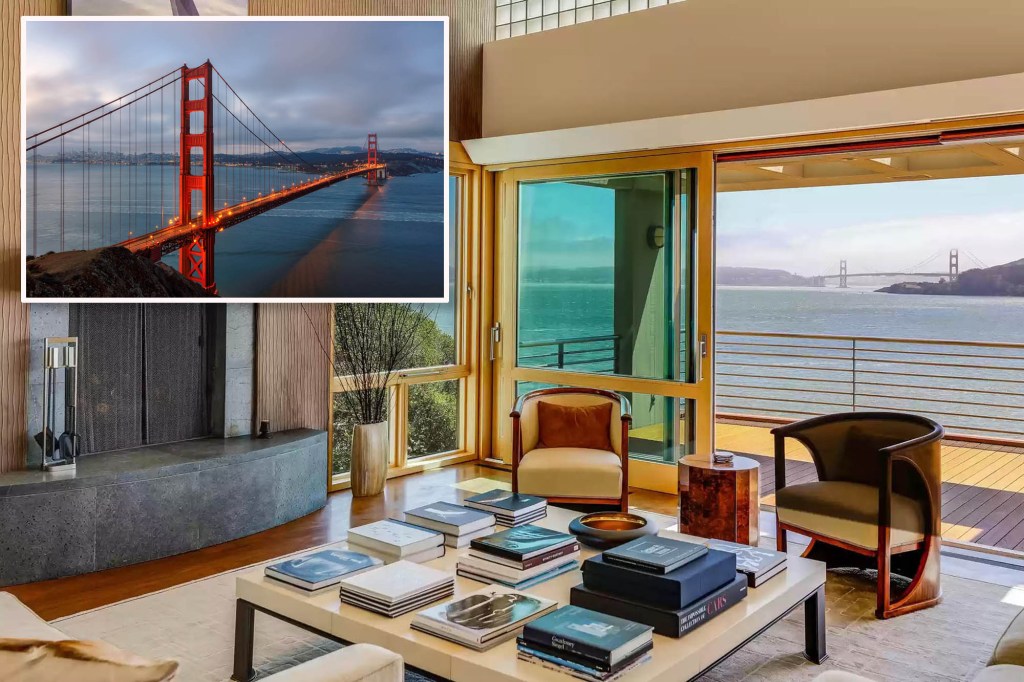 An 8,100-square-foot compound with direct views of the Golden Gate Bridge is now up for sale for a whopping $60 million.

Situated on Belvedere Island, the residence was completed in 2000, according to Realtor.com.

The waterfront estate was designed by architect Charles Gwathmey, who was widely respected in the New York City market and best known for the 1992 renovation of Frank Lloyd Wright’s Guggenheim Museum.

Situated on a 0.67-acre lot, amenities of the home include a three-car garage with glass doors, two elevators, a wine cellar, a study, a two-story entertainment room and a wet bar.

Additionally, there is a separate one-bedroom, one-bathroom guest house.

Other features include a full bathroom with a steam shower and sauna on the lowest level, which opens out to an expansive outdoor terrace with an infinity pool.

The property is also outfitted with an adjacent lot featuring a two-car garage and another one-bedroom, one-bathroom apartment over the garage.

China’s real estate crisis isn’t over yet, IMF says
This tiny castle is free for anyone who can move it
3 key things to know before opening a home equity line of credit
Luxury developers in Los Angeles bet someone will pay record prices for these condos
Here’s what the Federal Reserve’s 25 basis point interest rate hike means for your money