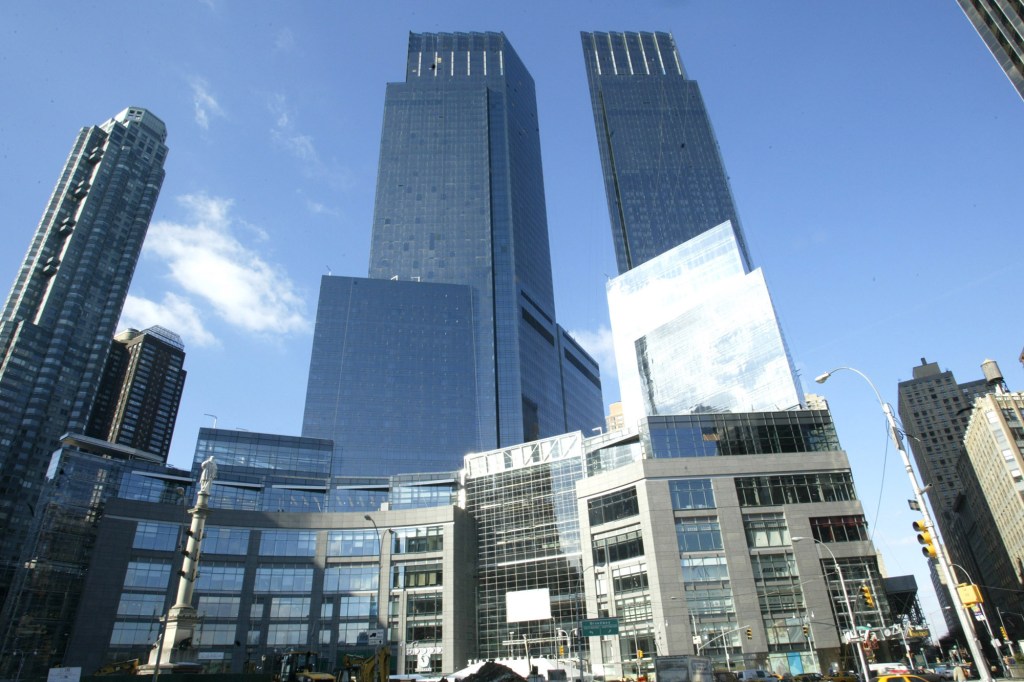 The Mandarin Oriental Hotel at Columbus Circle, one of the city’s premier luxury lodging establishments, is quietly up for sale, Realty Check has learned.

The offering for the 248-rooms-and-suites hotel towering over Central Park comes as the state of the city’s hotel industry has been likened to a “depression” by the American Hotel and Lodging Association.

Although the Mandarin Oriental reopened on April 1, it’s been staggered like other leading hotels by the lack of high-spending visitors and business travelers from abroad.

The property is owned by an entity known as IW Columbus Center LLP, of which an Investment Corporation of Dubai subsidiary is the majority partner. Mandarin Oriental Hotel Group (MOHG), which owns some but not all of the hotels bearing the Mandarin Oriental flag, has a 25 percent interest and manages the Manhattan property under a long-term contract.

The hush-hush offering is being handled by JLL. Jeffrey Davis, senior managing director of JLL’s Hotels and Hospitality Group, did not respond to e-mails. A hotel rep confirmed its ownership structure but didn’t comment on the sale offering.

The MOHG also provides hotel services to 65 condo apartments in the north tower of Deutsche Bank Center, which was previously known as Time Warner Center. The hotel itself is a separately owned condo unit within the mixed-use, twin-towered skyscraper that was developed by Related Companies.

An investment-sale source who is not involved at the Mandarin Oriental speculated that in today’s distressed market, a sale could fetch as little as $100 million. The glamorous property was valued at $340 million in 2007.

The hotel occupies floors 35-54 and is known for its much-in-demand ballroom, five-star spa and eating and drinking venues including MO Lounge. Liam Neeson and Lucy Liu are among regular guests.

Hotel Association of New York president Vijay Dandapani, noting that “foreign owners have their own issues” beyond the situation in New York, wouldn’t speculate on a possible price. But he cast the Mandarin Oriental offering in the context of the overall hotel situation, which he described as “bleak.”

“Every single hotel went from a cash-flow crisis to a liquidity crisis to a solvency crisis,” he said.The better news, Dandapani said, was that whoever a new owner might be, “The Mandarin Oriental [at Columbus Circle] is not going anywhere. It will remain the Mandarin Oriental” thanks to the long-term contract — and because the company needs to be in Manhattan.

YAI will nearly triple its space when it moves from 101 W. 116th St. The school, which provides services to students with brain injuries and brain disorders, needed more room and more modern facilities.

JLL vice-chairman Matthew Astrachan, who repped YAI with his firm’s Simon Landmann and Zachary Azus, explained that the deal is technically structured as a lease. The asking rent was in the low $60s per square foot on an annual basis, he said.

YAI’s chief executive, George Contos, said of the expansion and move, “For the first time we’ll be able to provide iHOPE students with a full breadth of educational and therapeutic services under one roof.”

Astrachan said the school will have use of a new, dedicated entrance on West 53d Street that will allow buses to drop students off on the right side as city rules require.

Like many tenants untroubled by “work-from-home-forever” chatter, Lowenstein Sandler has reaffirmed its commitment to Midtown. The national law firm extended its lease and expanded at 1251 Sixth Ave., where it will now have 125,000 square feet on floors 17-19.

The firm says it is “prioritizing and investing in a reimagined office space” for its employees and clients’ “evolving needs.”

The 23,000-square-foot expansion on the 19th floor is long-term, as is the rest of the lease. A source said the expansion rent would rise from $86 per square foot to $100 over 17.5 years. Lowenstein Sandler will enjoy 18 months of free rent and a $150 tenant-improvement allowance.

The cost is similar for the existing space and will also include 14 months of free rent, according to our source.

Chicago-based brokerage and services firm Bradford Allen is expanding to Manhattan with a top New York dealmaker at the helm.

Glenn Isaacson, formerly with Cushman & Wakefield and CBRE before that, will be president of Bradford Allen New York, which has set up shop at 745 Fifth Ave. Isaacson’s 40-year career has included 20 million square feet of leasing transactions. Among them: a recent giant renewal for law firm Seyfarth Shaw at 620 Eighth Ave., Boston Consulting Group’s move to Hudson Yards and securing the space for Avenues: The World School’s first New York City campus.