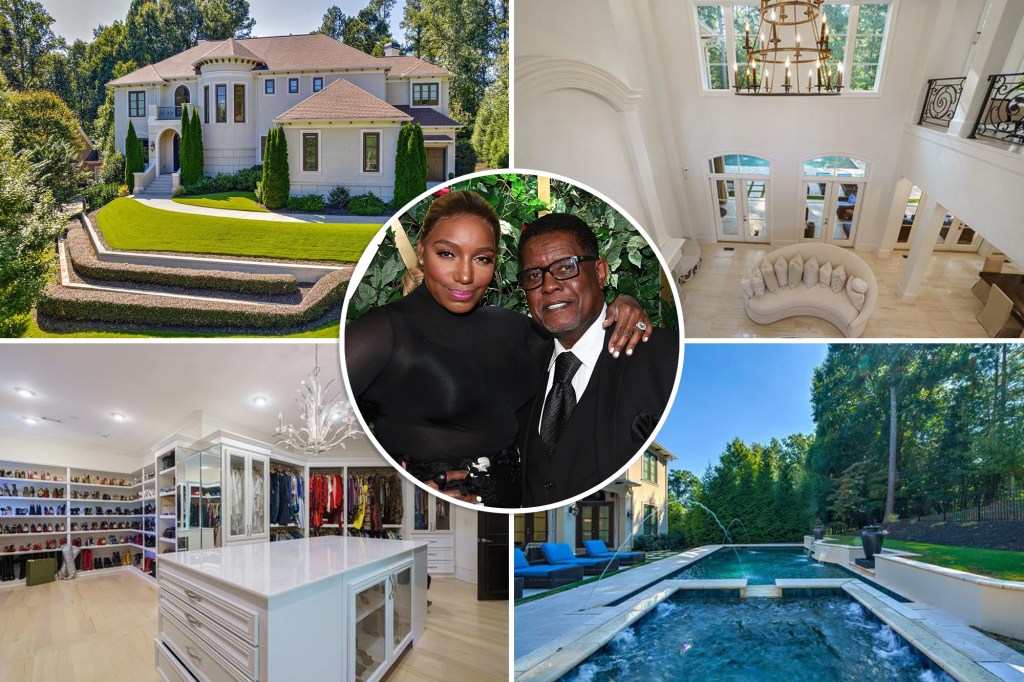 This is considered the first home they purchased together back in 2015 after the “Real Housewives of Atlanta” alum, 53, was slammed for renting several properties prior and an eviction in 2008.

Located in Duluth — an hour outside of Atlanta — the reality star is pricing the home at $4 million, nearly double what she paid for it five years ago.

When she purchased the estate, it was still under construction. The home has since been renovated and completed.

Made up of five bedrooms and nine bathrooms, the home spans almost 10,000 square feet and is situated on a nearly acre lot.

The Mediterranean-style abode is set on a golf course lot with resort-style features. According to the listing, the main level has a walk-out pool with waterfall features accompanied by a full wraparound covered patio.

The primary suite is complete with a free-standing tub, his/her double vanity and an expansive walk-in closet.

Gregg passed away on Sept. 1 following his battle with colon cancer. He was 66. Since then the reality star has been trying to adjust to her new normal, debuting a new look on Instagram.

In the interview, Nene revealed the last words that her husband said. “‘I’m not going to leave you. God is going to bless you,’” she recalled. “He said he wanted me to move on with my life.”

It appears she is taking that first step.

Mortgage rates drop to the 5% range for the first time since September
Here’s what the Federal Reserve’s 25 basis point interest rate hike means for your money
New York AG will seek sanctions on Trump, lawyers over ‘false’ court filings in fraud suit
Luxury developers in Los Angeles bet someone will pay record prices for these condos
London’s rental market is in crisis. Here’s why and how renters are struggling