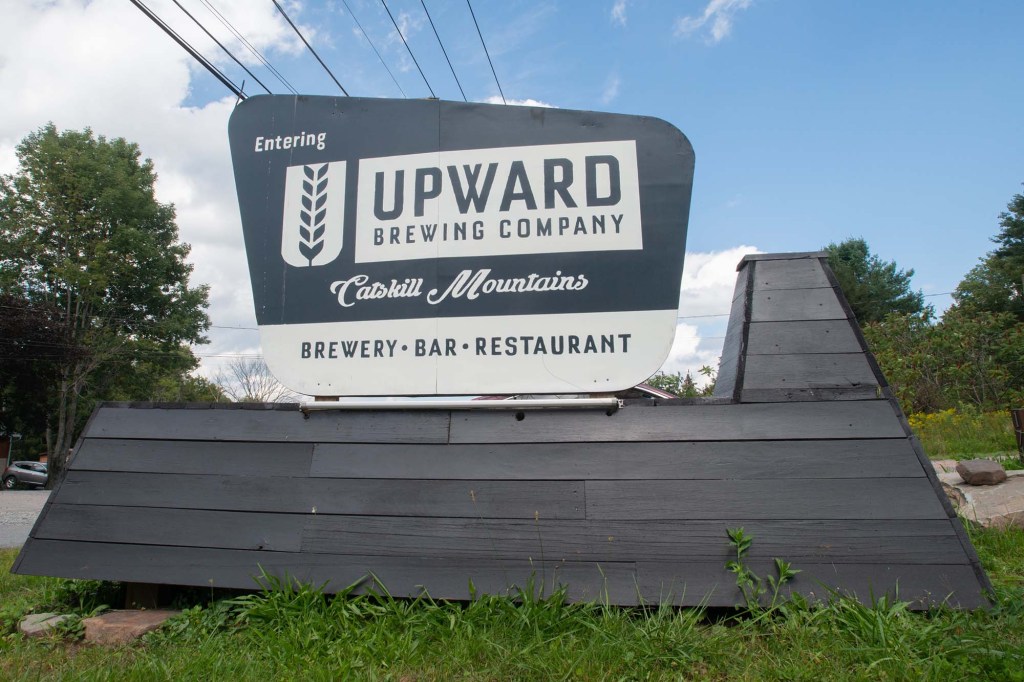 LIVINGSTON MANOR, N.Y. — The suds are flying as a bitter battle brews between beermakers in this Catskills hamlet.

Livingston Manor has received ever-greater hordes of New York City residents over the past few years — especially since 2020, as urbanites fled the pandemic.

But the yuppie imbibers have bumbled into an old-fashioned, small-town brew-haha, gossiped about at the barber and at bars, complete with alleged beer-trayals and backstabbing.

On one side is Catskill Brewery, which opened in 2014, where draft beers cost just $5 a pull in a cozy taproom on Old Route 17, and a taco truck serves grub outside.

On the other is Upward Brewing Co., a shiny new bar and restaurant located on 120 hillside acres on Main Street just outside of town, where a pint runs $7 and you can order $23 Argentinean steak.

Ball said he was lured to work at Catskill after years of experience at Brooklyn Brewery, on the promise he’d get stock in the business once it took off. But when it did, and he asked for the pledge in writing, Ball claims he got tossed like a bad keg. So the duo left.

Their new brewery “was named after the fact that they sh-t on both of us,” Ball told The Post. “And the name comes from, it’s only ‘upward’ from here.”

The more-established Catskill, whose reach extends to a new Manhattan outpost with a branded beer garden in Chelsea Market and its well-known angry-faced raccoon logo, downplayed any bad blood.

“We made a decision to go in a different direction,” said Catskills Brewery partner Randy Lewis, 55. He said Ball’s account of the stock spat was “inaccurate, but I don’t feel the need to correct the record.”

Lewis said he and his partners intended for Catskill Brewery to be a “focal point” for tourists. “Hipsters, millennials — how do we get them up to the Catskills to experience the outdoors?” he said they asked themselves, before settling on the idea of a brewery.

“The Manor” is also a nationally-known fly-fishing mecca, but locals say the youngish newcomers are more interested in tying one on than tying a fly.

“More breweries is better than less,” Lewis insisted. “No one gains anything by a public spat in a paper five years after the fact. Dana has spent his life in the beer business … He’s always wanted his own brewery, and that was probably at the core of our disagreement. He has one now, and they’re doing a great job. So are we.”

“We don’t like the comparison thing, either,” Walton said. “We think the fact that we do everything, from designing and constructing the building and property, to brewing the beer, to delivering the beer, and working the taproom puts us on different level than most breweries.”

4 Critical Asset Protection Strategies For An Economic Downturn
So THIS is how they plan to screw these companies, from inside out | Redacted with Clayton Morris
Flipping Land Is EASIER Than Flipping Houses w/ Jack Bosch
MAKE SIX FIGURES A YEAR! How To Flip Houses
Flip A House in Another State! #shorts #virtualflipping #virtualwholesaling