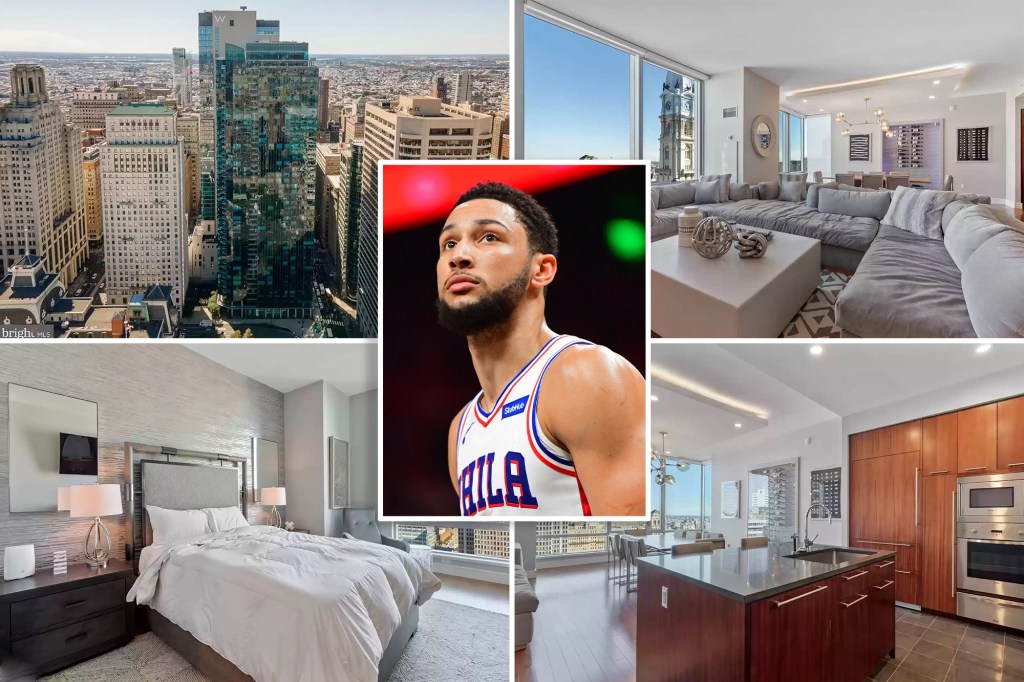 Ben Simmons skipped practice, and some fans are wondering if he is skipping town, too.

He still has four years left on his $177 million contract, but he has told the team he wants to be traded and has reportedly cut off communication.

In the last few weeks, the 25-year-old NBA player missed training camp and a media day, causing the 76ers to withhold a $8.25 million payment.

Plus, there are other signs he’s done with Philadelphia — the 6’10” Kendall Jenner ex spent $17.5 million on a new Los Angeles house this summer.

But Simmons, whose current girlfriend is reportedly television presenter Maya Jama, has another home in Moorestown, New Jersey, according to the Philadelphia Inquirer, so it doesn’t necessarily spell the end of his residency in the region.

The 76ers’ press rep and Simmons’ agent Rich Paul did not respond to The Post’s requests for comment.

The combined three-unit Philadelphia condo with an NBA legacy now up for sale has three bedrooms and four-and-a-half bathrooms, spanning 3,000 square feet — making the staggering asking price over $1,000 per square foot, according to Realtor.com.

The typical listing price in that zip code, which is a buyer’s market, is $369 per square foot, according to Realtor.com. Other units in the building have sold for between $430 and $876 per square foot in the past year.

Simmons’ 2009-built condo at the Ritz-Carlton Residences of Philadelphia has hardwood floors, 10-foot ceilings and custom furniture designed by Widell + Boschetti, according to the listing.

The chef’s kitchen has a glass tile backsplash and an island, and the dining room has a large glass-encased, lighted wine display. There is also a large family room with views of city hall.

The owner’s wing has a large bedroom with a custom-made king bed, a large soaking tub, a frameless shower and a walk-in closet.

Listing agent Juliet Cordeiro with Compass did not respond to The Post’s request for comment.