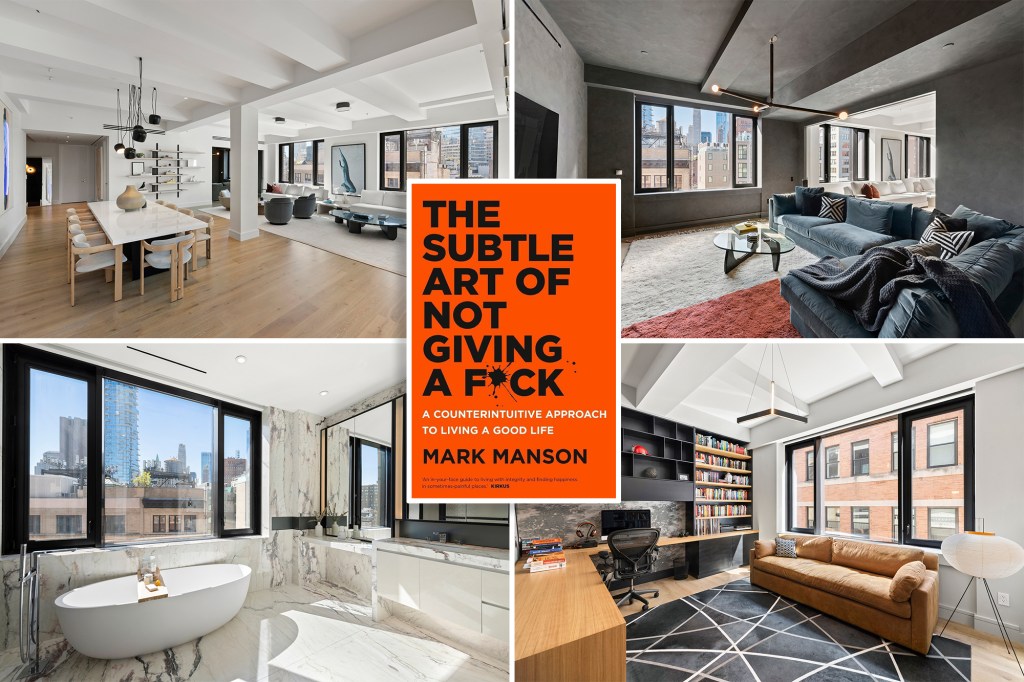 Someone clearly gives a f*ck about this Tribeca condo if they were willing to meet the $13.5 million asking price.

Mark Manson — author of 2016 best-selling book “The Subtle Art of Not Giving a F*ck” and 2019 book “Everything Is F*cked: A Book About Hope” — listed his 5,457-square-foot mansion in the sky for $13.5 million Wednesday. It went into contract almost immediately.

Upon finding a seller, listing broker Ryan Serhant of SERHANT. brokerage posted a video tour of the pad on Instagram, beginning with a clip of himself reading from Manson’s book in his bathtub “without telling him,” adding, “Hope he doesn’t give a f*ck. I’m guessing he’ll be ok since I put it into contract in one day with a last ask of $13.5M.”

“Now that’s some godd*mn poetry if I ever heard it,” Manson commented on the video. Serhant told The Post he is “relieved” Manson wasn’t upset over the bathroom video.

The self-help guru bought the five-bedroom, six-and-a-half bathroom house for $12.95 million in November 2018 but barely lived there due to travel and COVID-related move-in delays, according to Sehant.

“It is very rare to find a brand-new construction, barely lived in place like this in prime Tribeca. It’s very unique,” listing agent Ryan Serhant told The Post.

It has a foyer, living room, dining room, media room, gallery hallway and office spaces, according to the listing.

“My favorite spot is Mark’s office. I’m a super fan. I love his books, they’re super helpful, and his office is really beautiful… You can really see the writer’s mind in the space,” Serhant told The Post.

The 10-story, 27-unit pet-friendly 2015 building has a doorman, a concierge, a rooftop lounge, a gym, a garden and a children’s playroom, according to the listing.

The author, who Olympic gymnast Simone Biles credited with helping her learn to prioritize her needs, also co-wrote a memoir with Will Smith called “Will,” slated to be released November 9.