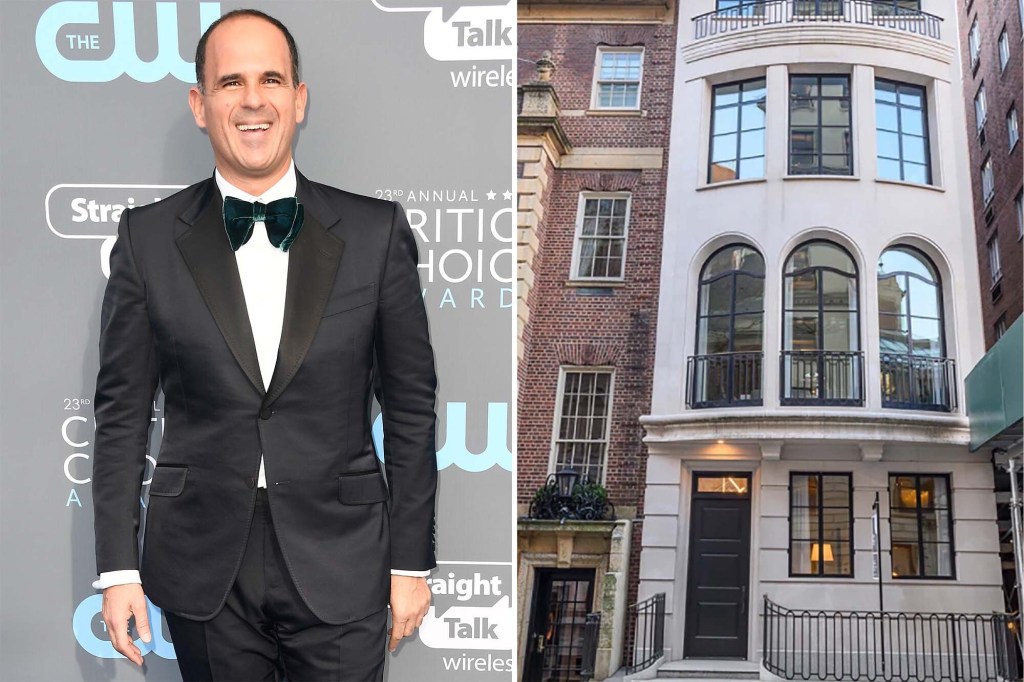 Here’s the next explosive chapter in the saga of “Dr. Boom’s” notorious Upper East Side mansion.

Gimme can now exclusively reveal that Marcus Lemonis — the 47-year-old serial entrepreneur and TV host of “The Profit” — and his wife — 68-year-old businesswoman Roberta “Bobbi” Raffel — are the mystery buyers behind an $18 million deal for 34 E. 62nd St.

It’s the ultra-historic townhouse where in 2006 suicidal doctor, Nicholas Bartha, blew up the sumptuous spread — with himself inside — to prevent his ex-wife from nabbing a $4 million divorce settlement. The Post dubbed him “Dr. Boom” at the time.

The home was since rebuilt and Lemonis got it for a steal, as the stately residence asked $32.5 million in 2017, with a last asking price of $19.75 million. Lemonis could not be reached for comment at press time. His broker, Adam Modlin, of The Modlin Group, declined to comment. Douglas Elliman’s Roger Erickson was the listing broker.

Lemonis is now the latest in a long line of captivating figures to rest their heads at this storied address. In fact, the history is so ripe that we hear legendary writer Gay Talese is penning a new work on the home.

In 1926, super-rich spy Vincent Astor lived here — his dad, John Jacob Astor, built the St. Regis Hotel, then died on the Titanic. During World War II, he founded a spy club known as “The Room” at the home where his wealthy ruling class buddies, including Kermit Roosevelt and Nelson Doubleday, would meet to discuss state secrets.

After the not-so-good doctor shell-shocked the neighborhood, it was purchased by Janna Bullock a jet setting Russian-born woman accused of funding her real estate empire — which once stretched from the French Alps to London, the Hamptons and the Upper East Side — with pilfered Russian state funds (accusations she denies). She sold the townhouse for $11.95 million in 2015.

The current home built on the 20-foot-wide property is a 9,200-square-foot steel-and-concrete behemoth that comes with a French limestone façade and a slate mansard roof. It’s currently “a white box,” which means that the new owners will have a blank slate to build their dream home across five floors plus a basement. The home was designed by architect Henry Jessup, built by Steve Mark, and approved by the Landmarks Preservation Commission.

Mortgage demand took a big step back last week, even after interest rates fell further
Hong Kong services to rebound as China reopens, but UBP says sector is coming from ‘fragile situation’
Seth Rogen to host slumber party at his LA creative retreat
London’s rental market is in crisis. Here’s why and how renters are struggling
This tiny castle is free for anyone who can move it