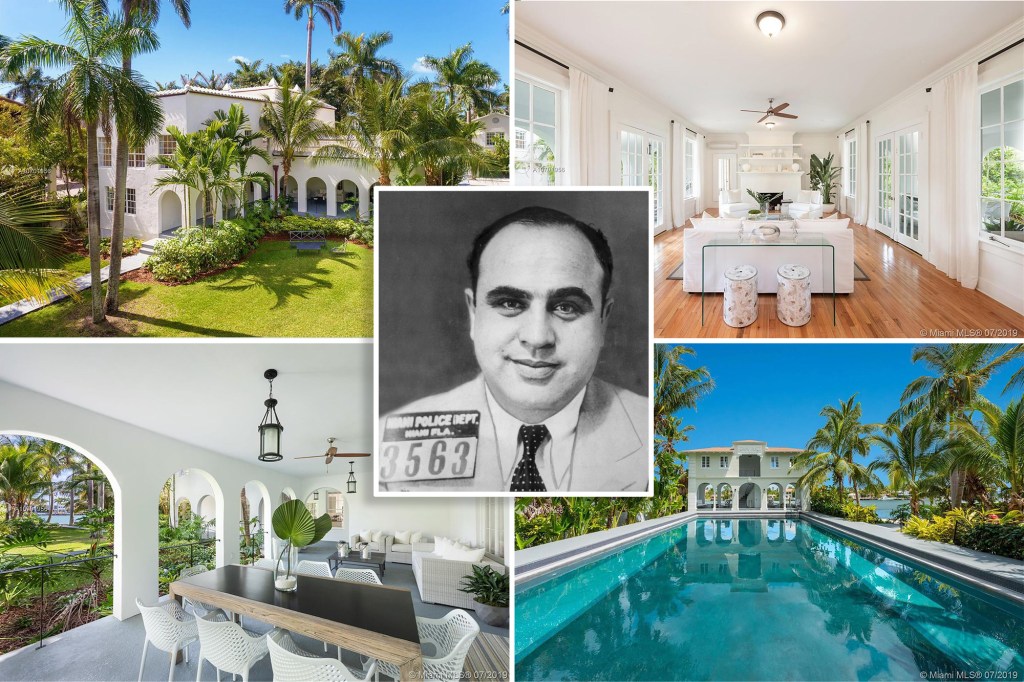 The Miami home where Al Capone took his final breath in 1947 after suffering a heart attack is being saved from demolition after a spirited campaign by locals was launched to preserve the estate.

The property traded hands for a whopping $15.5 million, records show, on Sept. 24. The sale comes only weeks after it was purchased by developers Todd Michael Glaser and his business partner Nelson Gonzalez in August for $10.75 million.

At the time, Glaser told the Wall Street Journal of his plans to tear down the 7,500-square-foot Palm Island residence in favor of a modern build.

Despite Capone’s nefarious reputation and criminal history, an online petition with over 25,000 signatures was started to stop the development.

“Miami Beach risks losing an important part of not just our local history, but of US history if this demolition is allowed to proceed,” organizers said in the petition. “The loss of this landmark structure and its replacement with a new oversized home will have a long-term negative impact on the community.”

The petition led the developers to withdraw their application to the local Design Review Board, which would have decided if the home could be torn down, in mid-September.

In an interview with the Miami Herald, they likened the recent sale of the property to winning the lottery.

Fully renovated and remodeled in 2015, the home has been on and off the market since 2018.

The Spanish Colonial-style waterfront mansion features views of Biscayne Bay, and boasts a private beach, a gatehouse and a 30-by-60-foot pool with a cabana, according to the listing.

The Federal Reserve is likely to hike interest rates again. What that means for you
How Kyle Richards’ husband Mauricio Umansky built a $57B real-estate empire
Beyoncé, a $100k-a-night suite and a red carpet of influencers: Dubai basks in its booming economy
3 key things to know before opening a home equity line of credit
Milanese-inspired eatery Casa Lever renews long-term lease at Lever House