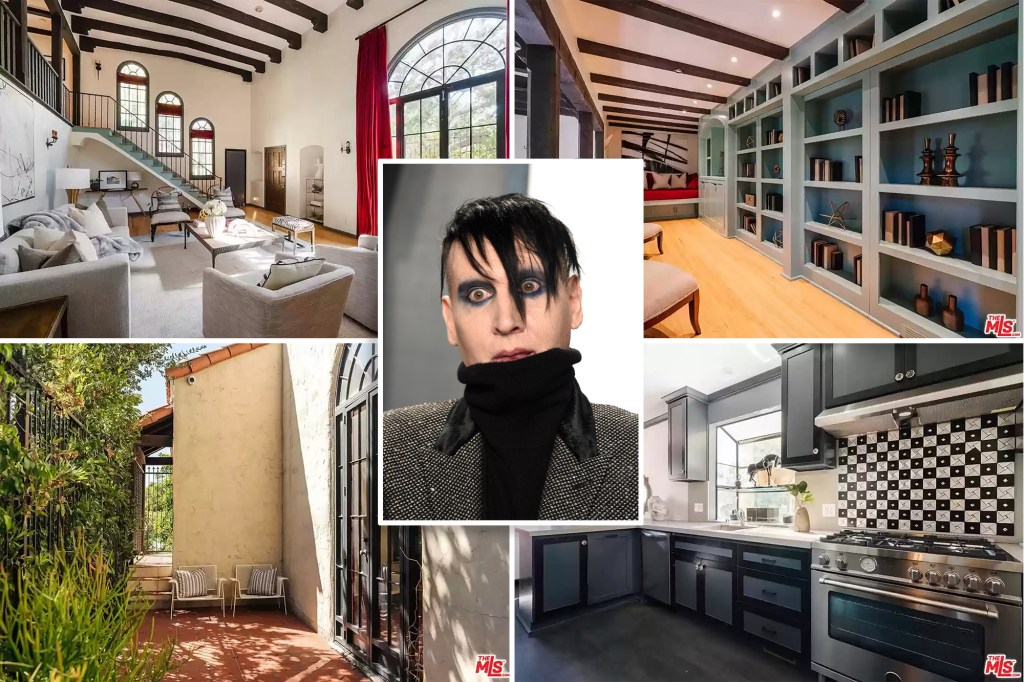 The same day he lost an appeal to dismiss sexual assault charges against him, Marilyn Manson listed his Los Angeles mansion for sale, asking $1.75 million.

There is a living room, a dining room, an office, a lounge area and dual owner’s suites with tiled bathrooms and walk-in closets, according to the listing.

The 0.15-acre plot has a patio, gardens and a garage flex space, according to the listing.

Manson, whose name at birth was Brian Warner, bought the house in 2013, according to Realtor.com.

This is not necessarily the same home that Phoebe Bridgers said she toured as a teenager, which allegedly had a “rape room.” He bought this house for just over $1 million in 2013, when she was 19 years old.

“I went to Marilyn Manson’s house when I was a teenager with some friends. I was a big fan. He referred to a room in his house as the “r*pe room”, I thought it was just his horrible frat-boy sense of humor. I stopped being a fan,” tweeted Bridgers in February.

It is the home, however, where screams that someone “wanted to leave” were heard from the house earlier this year, prompting a police welfare check.

Manson, 52, faces sexual assault and abuse allegations from over a dozen women including actresses Evan Rachel Wood and Esmé Bianco and was also arrested in connection with a “snot rocket” assault.

The Johnny Depp pal was dropped by his label and TV show “American Gods” and “The New Pope” in response to allegations but the “We Are Chaos” singer still made an appearance at Kanye’s highly-publicized “Donda” event in August.

Listing agent Jon Grauman of the Agency and Marilyn Manson’s lawyer did not respond to The Post’s requests for comment.

Julia Fox claims mice-filled home will stop son from turning into a ‘f–king prick’
Mortgage demand took a big step back last week, even after interest rates fell further
Mortgage rates drop to the 5% range for the first time since September
London’s luxury home sellers turn to WhatsApp as private sales surge
The Federal Reserve is likely to hike interest rates again. What that means for you