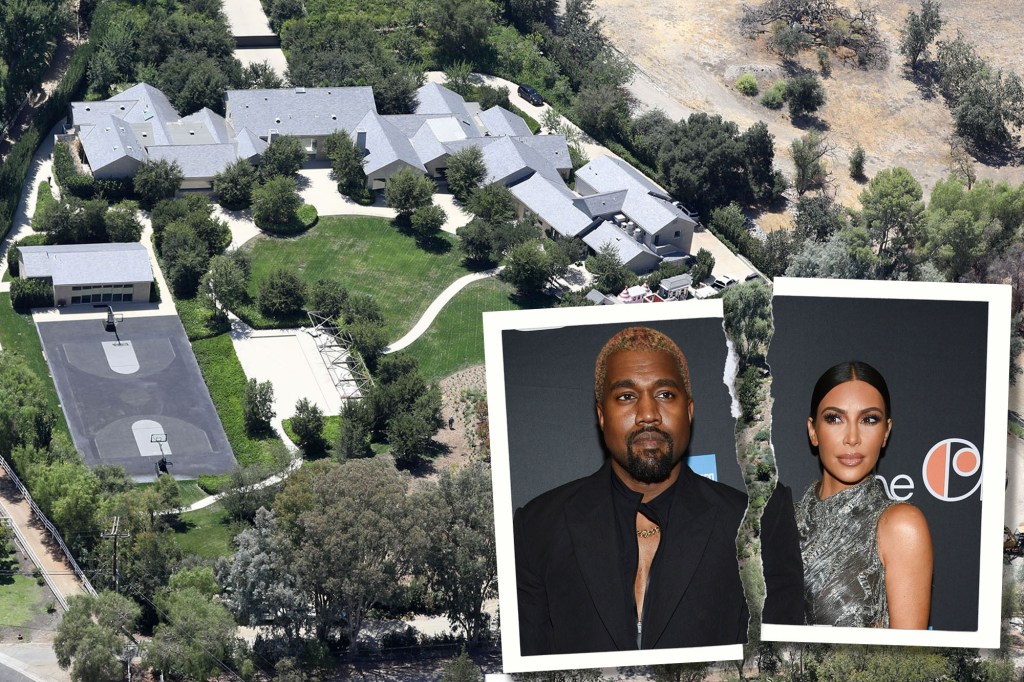 A day after Kanye West listed one of his Wyoming ranches, he also said goodbye to the Hidden Hills home he had shared with Kim Kardashian.

New documents filed in the Los Angeles County Court Tuesday show that Kim will get the $60 million house they’d built together.

Sources told TMZ that the estranged couple negotiated a buyout price for the property, on which they had constructed their dream abode from the ground up. They initially purchased the 5,000-square-foot Southern California mansion for $20 million in 2014 before gutting the existing structure, renovating it down to every last nail.

In March, it was revealed that Kim was set to get the home, the design for which had been mostly dreamt up by Kanye, as their divorce proceedings continue amid rumors of a possible reconciliation.

A separate source revealed that the couple came to the decision early on to grant Kim the home since it’s where their four kids have grown up and “all they’ve ever known.”

Meanwhile, Kanye spends a lot of time in Wyoming, where he owns two ranches: the one he just put up for sale and a bigger ranch where he wrote “Donda.”

Kim filed for divorce back in February after seven years of marriage.

The main theme of the Hidden Hills dwelling, which took six years to build, is “purity,” with only neutral colors appearing throughout the residence. The former couple had hired Belgian designer and tastemaker Axel Vervoordt, 74, to help realize the vision.

In a 2020 interview with Architectural Digest, Kanye explained his inspiration for their home’s aesthetic derived from a “metamorphosis of the house from suburban McMansion to futuristic Belgian monastery.”

“When I was growing up in Chicago, before the internet, I’d go to my local Barnes & Noble to check out Architectural Digest and other design magazines, along with the fashion and rap titles,” the Yeezy designer said. “My father encouraged me. He always had graph paper around for me to scribble on.”

It is also rumored that West recently closed on an international property — in Belgium.