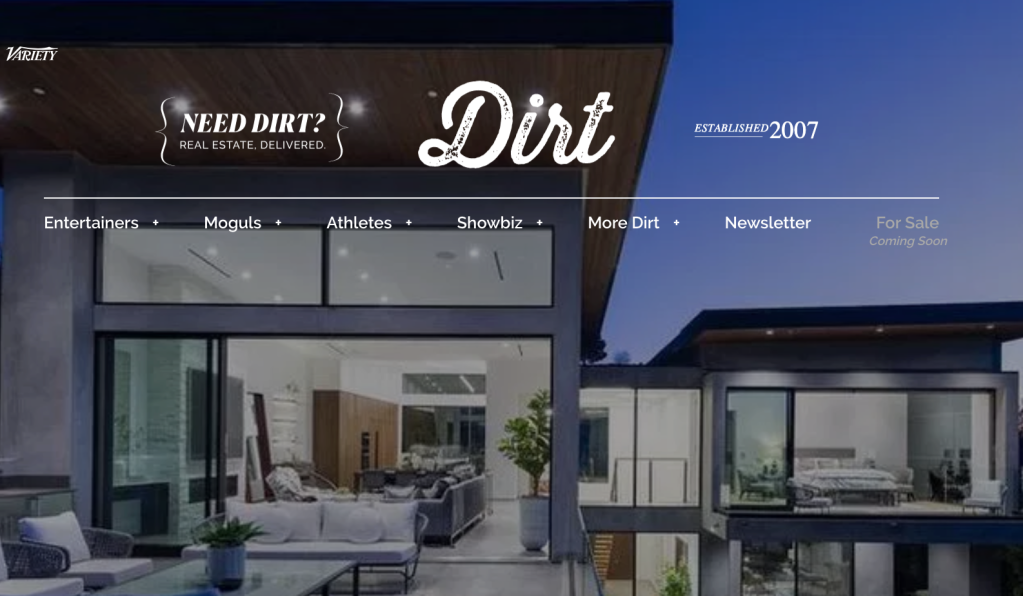 Variety‘s Dirt, the publication’s coverage of breaking real estate news, is expanding to its own stand-alone site Dirt.com, Variety and the Penske Media Corporation announced Monday.

The site is joining a large number of PMC media brands that includes Variety, Rolling Stone, Robb Report and Deadline.com.

Dirt will still maintain its partnership with Variety, and its content will still appear in the website’s real estate section. Additionally, Variety‘s business team will continue to provide support via advertising.

Alongside the new launch, Dirt will begin sending a weekly newsletter covering all the latest moves of high-profile individuals across industries. Dirt will also begin to grow its editorial staff in addition to expanding its real-estate coverage beyond its transactional-related stories.

“We are excited that Variety’s Dirt real estate coverage has so deeply engaged our audience to warrant a stand-alone site,” said Claudia Eller, Variety’s Editor-in-Chief.

Dirt was first launched by real estate editor Mark David after he brought his popular column The Real Estalker to Variety in 2014.  In addition to appearing exclusively on Variety.com, the column also appears weekly in Variety magazine.

Recently, James McClain was also brought on board as the site’s new editor at large for Variety Dirt.