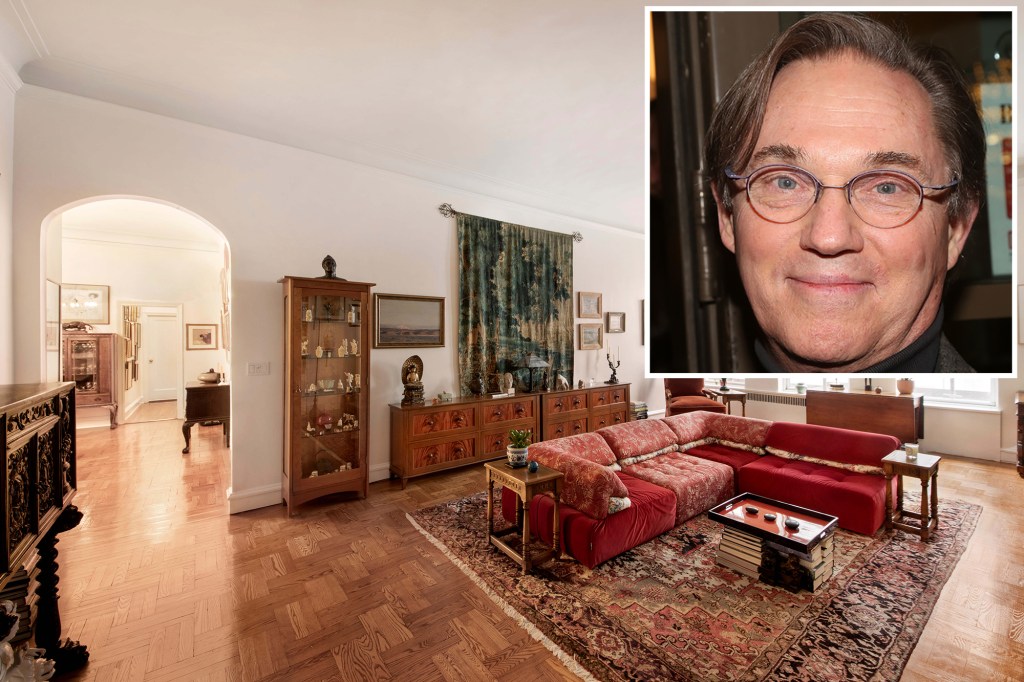 Known for his Emmy-winning role as John-Boy on “The Waltons” and as Agent Frank Gaad on “The Americans,” Richard Thomas just bought a $1.85 million pied-à-terre on Billionaires’ Row — quite the place to say your goodnights.

The fancy co-op is in the landmarked Alwyn Court, at 180 West 58th St. It was originally asking $2.995 million in 2017 before shaving a million from its price.

Thomas is now based in Santa Fe, but New York is where he grew up, and where his parents — ballet dancers — owned the New York School of Ballet.

He even went to Columbia College, studying Chinese and then English, before dropping out to act full time.

The two-bedroom, two-bathroom prewar home opens to an entrance gallery, leading to an open living/dining area, where a wood-burning fireplace is flanked by custom bookcases.

There’s also a windowed chef’s kitchen and a sitting area in the main bedroom. Original details include hardwood floors, moldings and high ceilings.

The French Renaissance-style, terra cotta-facade building is on the National Register of Historic Places and dates to 1909.

Luxury developers in Los Angeles bet someone will pay record prices for these condos
Mortgage demand took a big step back last week, even after interest rates fell further
Jennifer Lopez says goodbye to ‘rare’ Bel-Air home after marrying Ben Affleck
Hong Kong services to rebound as China reopens, but UBP says sector is coming from ‘fragile situation’
I found a great apartment — but the landlord charges fees for a pet fish