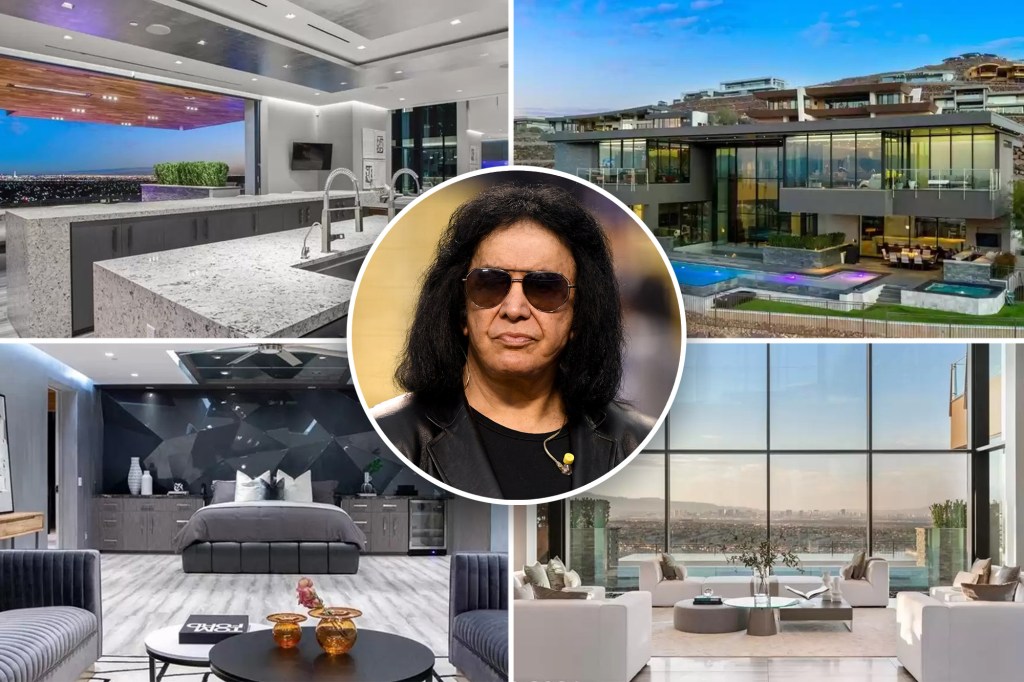 Gene Simmons is listing his extravagant Las Vegas estate for $15 million, less than a year after he purchased it.

The Kiss frontman first bought the home back in May for $8.2 million. If Simmons, 72, lands the sale for his asking price, he would be making one hefty return.

The move comes after Simmons revealed that his family was not particularly fond of Sin City.

“They’re not fans of 115-degree weather,” Simmons said of his wife, model Shannon Tweed, and their two adult children in an interview with the Wall Street Journal.

Since his purchase, the Nevada home has largely sat vacant.

Spanning nearly 11,000 square feet, the home has six bedrooms and eight bathrooms.
With a lot of nearly one acre, the property offers an expansive garden that includes 133, walking paths and desert-friendly artificial turf.

Features include a courtyard entry with a floating pathway over a Koi pond, disappearing glass walls throughout the property to blend the indoor and outdoor spaces, according to the listing.

The home is built with natural stone, wood accents and unfinished concrete to create a “sensory experience,” the listing states.

An 11-car garage is also built into the home.

“How many houses do you need anyway?” Simmons quipped.

In a previous interview with The Post, Simmons revealed that he was leaving his longtime Los Angeles home to move to a calmer setting in Lake Tahoe in a 12,000-square-foot mansion situated on four acres of land.

“We are moving out of LA for a number of reasons: one of which are the tour buses,” Simmons explained. “After a certain point, we have had enough of that, even though we appreciate the attention.”

“I’m done. There are earthquakes, fires and pandemics every year,” he continued. “Even though there is nice sunshine, I’m done.”

Simmons said he chose Lake Tahoe for a “quieter life,” among other factors.

“The quality of life is better there, so we can go hiking without bumping into people,” he added.

He also said the “taxes there are also much more appealing,” explaining that California has become “inhabitable” due to its tax rates.

Mortgage demand took a big step back last week, even after interest rates fell further
Seth Rogen to host slumber party at his LA creative retreat
London’s luxury home sellers turn to WhatsApp as private sales surge
This tiny castle is free for anyone who can move it
The Federal Reserve is likely to hike interest rates again. What that means for you