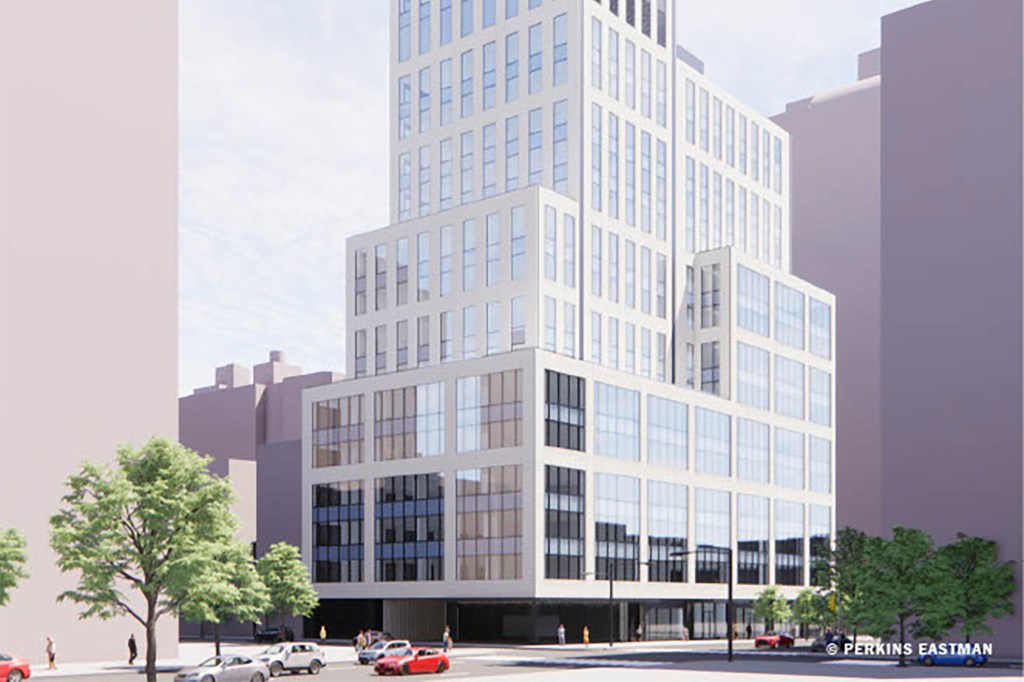 The Hospital for Special Surgery is massively stretching its Upper East Side footprint with an expansion to a new tower on which Extell Development will break ground this year.

Extell has long owned the full east-side blockfront of First Avenue between East 79th and 80th streets, but Gary Barnett’s prolific outfit didn’t say what it would do at the  20,000-square-foot vacant lot. Some neighborhood residents feared another condo apartment skyscraper.

Mystery solved: Extell is building a 30-story, 400,000-square-foot medical tower. The Hospital for Special Surgery — a pre-eminent facility for musculoskeletal health and orthopedics and a  New York institution since 1863 — has leased, and will occupy, 200,000 square feet on eight lower floors.

They’ll be used for physicians’ offices and hospital ancillary services. Extell will market the upper floors to other medical users.

We reported in March that fast-growing Special Surgery was constructing a new facility above the FDR Drive attached to its main campus between East 71st and East 75th streets. Ground was broken this fall. The hospital’s new floor space at the Extell site will be twice as large as at the FDR site.

Special Surgery chief of staff Jennifer Rentas said  the addition will “complement what we’re doing over the FDR Drive by letting us relocate some facilities from our main hospital building, which will create space there so we can concentrate our main campus on complex [patient] care.”

Barnett called Special Surgery the “best place in the world” for musculoskeletal health and research.

“We’re all getting older,” he joked when we mentioned that several friends had successful surgery done there.

Barnett estimated the entire project cost including land acquisition at over $500 million. The design by Perkins Eastman architects will be shown on Monday to Community Board  8, but it requires no public approvals.

Extell gobbled up pieces of the blockfront over many years. A crucial, final addition came in 2018 when it paid  $35.8 million for air rights from St. Monica’s Roman Catholic Church on East 79th Street.

Barnett wouldn’t discuss lease terms. But he said, “We’ll be getting a very low return on our investment. The benefit is that they’re an exceptional tenant so we’re willing to accept a smaller return.”

Nineteen leases have been completed in six buildings since February, for such tenants as life sciences and cosmetics outfits. They ranged in size from just 608 square feet for home-goods maker Zagami Piccolini to 10,092 square feet for medical supplier Woodley Equipment.

Brooklyn Navy Yard Development Corp. chief development officer Johanna Greenbaum said, “Despite the obvious challenges of the last 18 months, the Yard remains one of the city’s top destinations for cutting-edge companies from a range of industries.”

Rents per square foot for manufacturing tenants range from the high teens in older buildings to the mid-$20s in new buildings. Office rents run from the low-to-mid $30s.

The Yard is completing a $1 billion expansion that will increase the site’s job total from today’s 11,000 to 20,000 by the end of the year. Steiner Studios, the city’s first Wegman’s store and the Dock72 office tower are a few of its best-known features.

New life’s in sight for 9-11 W. 54th St., a pair of landmarked 19th-century red-brick townhouses that architects McKim, Mead and White designed to look like a single residence.

The 1896-vintage structures were built as a mansion for James Janius Goodwin, a business partner of J.P. Morgan.

They’ve also been home over the last century to a MoMA photography center, Rhodes Preparatory School for boys and US Trust Company bank. Wilf’s firm bought it for $75 million from J.D. Carlisle Development in 2019.

Wilf said London contemporary art gallery White Cube had all but signed a lease in 2020 “when the pandemic hit and they decided to slow things down.”

Now, he  said, “We’re seeing a broad range of tenant types interested in making it their home.”  They include financial firms, embassies and art galleries. Newmark’s William Cohen and Jeffrey Roseman are sifting offers.

The atmospheric interior boasts vestiges of Gilded Age New York and early twentieth-century banking.  But Skyline will work with a tenant to tailor the space to current-day needs.

Skyline’s offices happen to be in the adjacent 13-15 W. 54th townhouses, which were once owned by the Rockefeller family. They’re also home to celebrated Italian restaurant Il Gattopardo — where, Wilf said, the new next-door tenant “will always have a private table” thanks to his friendship with Gattopardo managing partner Gianfranco Sorrentino.

Separately, Skyline plans to break ground next year on a 27-story luxury apartment building at  20 W. 55th St. behind the townhouse site.

“It will be built to the standard of high-end condos, but they will be rentals,” Wilf said. “We like to hold onto our real estate.”