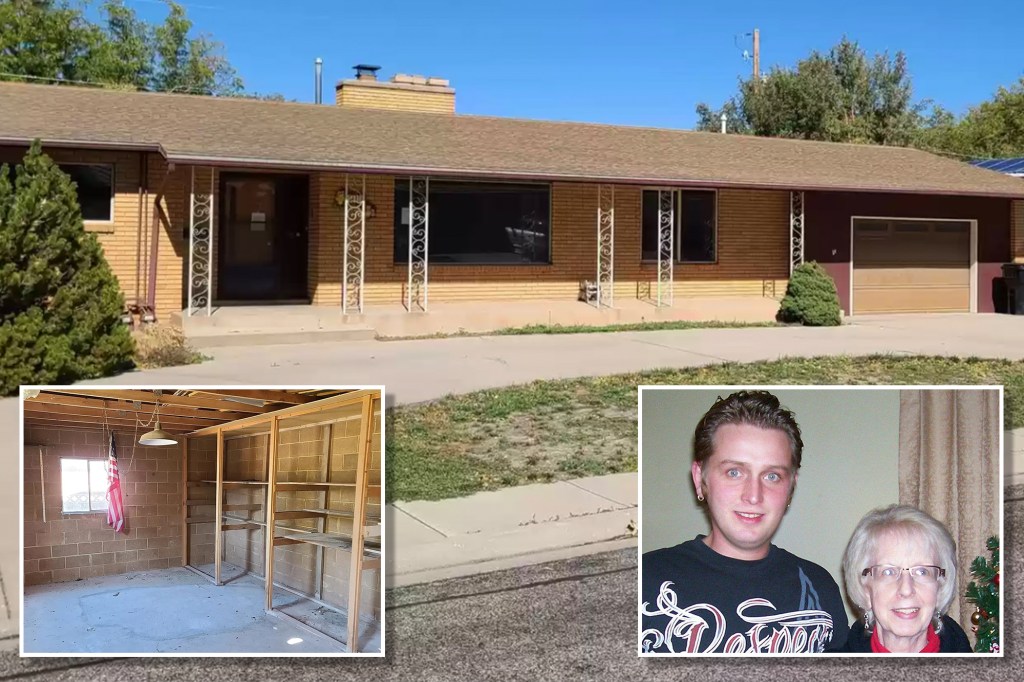 Talk about living among the dead.

This Utah home, referred to as a “Murder House” on the Facebook page Died in House, is where a 33-year-old man killed his 73-year-old mother last year and then buried the body in a shed. It’s now up for sale for $259,900, according to the Facebook post.

Joshua James Glover was arrested on Sept. 8 and charged with killing Kay Gosewisch, wrapping her body in a tarp and covering it with cement in the root cellar of her Cedar City home.

Police became suspicious that Glover had been involved in Gosewisch’s disappearance, who had been missing since April, when they noticed that Glover had used his mother’s debit card 23 times to make $3,000 withdrawals from her account just during the month of July, according to local station KUTV.

According to the criminal complaint, Glover then went to the State Bank of Southern Utah in Cedar City on Aug. 7, 2020, and attempted to withdraw $5,000 from his mother’s account, which had already been significantly reduced in the months prior.

Detectives revealed that the staff at the bank had not seen Gosewisch since March or April of that year, and that it was “very unusual for her not to come into the bank.”

Police were then summoned to her home, located at 549 Cedarwood Terrace, where they immediately observed a suspicious environment. Officials reported seeing large amounts of dried blood in the basement and on the ceiling, walls and floor. The spots were later determined to be paint splatter.

A search warrant was later obtained and human remains were discovered in the backyard shed.

“Many pictures, a television, multiple computer monitors, chairs and other items throughout the house had been shot,” the warrant states. “The entire home was also covered with cat feces and garbage of all kinds including moldy food.”

“When we entered the shed,” the report continues, “we found what appeared to be a recent concrete pour over a roughly 4 by 4 ft. area along with a sealant that had been used to cover the recent concrete, and nowhere else. We confirmed that the concrete was poured into a previously existing root cellar.”

Glover has been charged for abuse or desecration of a human body, draining her bank accounts, failure to respond to an officer’s signal to stop and resisting arrest.

Utah state law does not require the seller to disclose any deaths that have occurred in a property, and no legal action can be taken against the owner or agent for not disclosing.

The Post has reached out to Chad Westwood of Stratum Real Estate Group, who is representing the listing, for comment.

Hong Kong services to rebound as China reopens, but UBP says sector is coming from ‘fragile situation’
How Kyle Richards’ husband Mauricio Umansky built a $57B real-estate empire
Julia Fox claims mice-filled home will stop son from turning into a ‘f–king prick’
3 key things to know before opening a home equity line of credit
Rent prices have dropped the most in these 5 U.S. metro areas. Why it’s cheaper to rent in many markets