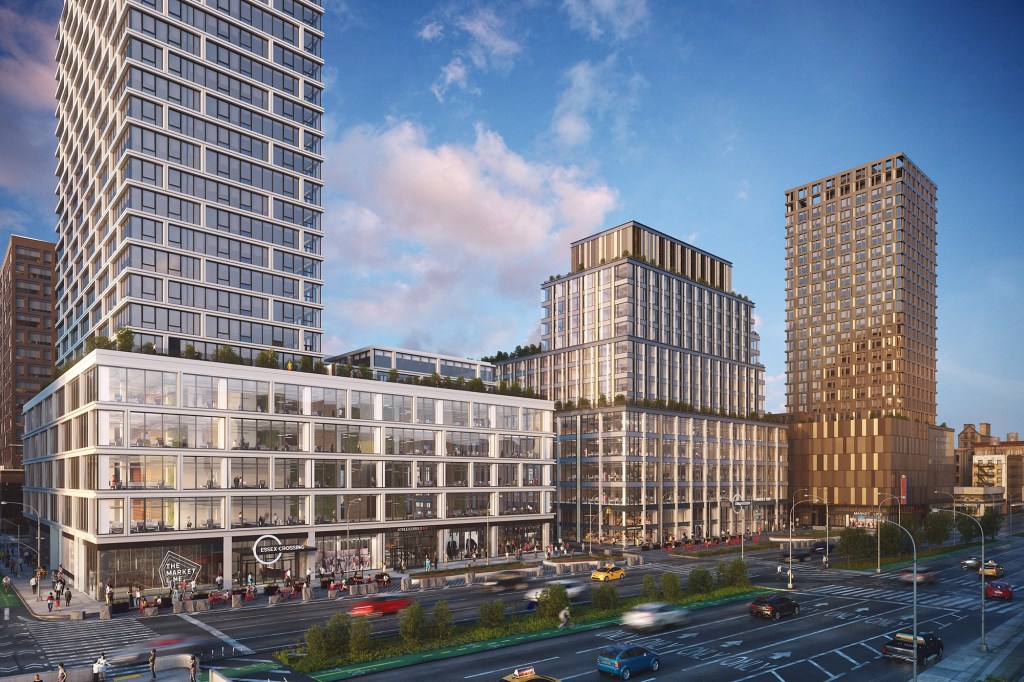 Verizon is making a pioneering move to the Lower East Side, with plans to move hundreds of staffers to the trendy neighborhood’s new Essex Crossing development — and out of its historic city offices at 140 West St.

The initial lease signed Thursday calls for the telecom giant to occupy nearly 143,000 square feet on the third, fourth and fifth floors of 155 Delancey St., in the wider base of the new rental-apartment tower called The Artisan, along with branding and signage on the commercial facade of the building.

“It’s a real boon to the Lower East Side and it harkens back to the beginning of commerce in New York City — and Verizon recognized the significance of that,” said Charles Bendit of Taconic Partners, one of the developers.

The parties declined to comment on terms of the long-term deal but other real estate sources pegged the cost of the 20-year lease at roughly $80 per foot with over $130 per foot towards work in Verizon’s space.

Verizon has an option until late next year to lease the remainder of the 350,000 square-foot office campus, which would include the 35,031 square-foot second floor of 155 Delancey as well as the 174,623 square-feet in the five-story base of 145 Delancey St., right across Suffolk Street.

“We structured it this way to make this campus a home for them,” Bendit added.

Employees, many of whom will work in Verizon’s marketing department, will have 3,456 square-feet of outdoor space on the sixth floor plus direct access to the sprawling three-block-long underground Market Line food hall, as well as bike lockers and showers, making that trip across the nearby Williamsburg Bridge from Brooklyn a breeze.

The company also has the ability to use the project’s Regal cinema for meetings and events.

Josh Kuriloff, Andrew Braver and Peyton Horn of Cushman & Wakefield represented Verizon in this transaction which was negotiated over the last two years.

“This deal continues to show the flight to new construction,” Kuriloff said.

Verizon’s landmarked, Art Deco building at 140 West St. was designed by Ralph Walker as the headquarters for the New York Telephone Company, a predecessor to Verizon. The company sold the top 22 floors for $274 million to Ben Shaoul’s Magnum Real Estate who developed them into large residential condominiums.

It is unclear if Shaoul will buy the remaining office floors to add to the condominium, or if it will remain offices. Shaoul did not return requests for comment.

Verizon still has the second through 10th floor plus four sub-floors, or 565,800 square feet, for specialized switching equipment, some of which cannot be moved. The company previously moved some employees to Fort Greene, Brooklyn, from its current New York corporate headquarters at 1095 Ave. of the Americas — which also has switching equipment.

Verizon’s global headquarters is in Basking Ridge, NJ, which offered an $81.6 million incentive package in 2005 to create 2,800 jobs in the state.

The Federal Reserve is likely to hike interest rates again. What that means for you
Weekly mortgage demand jumps 7% as interest rates drop to lowest level since September
George Soros’s ex-wife relists NYC apartment for $27.5M
Mansion where ‘My Fair Lady’ was written hosts estate sale
Rent prices have dropped the most in these 5 U.S. metro areas. Why it’s cheaper to rent in many markets