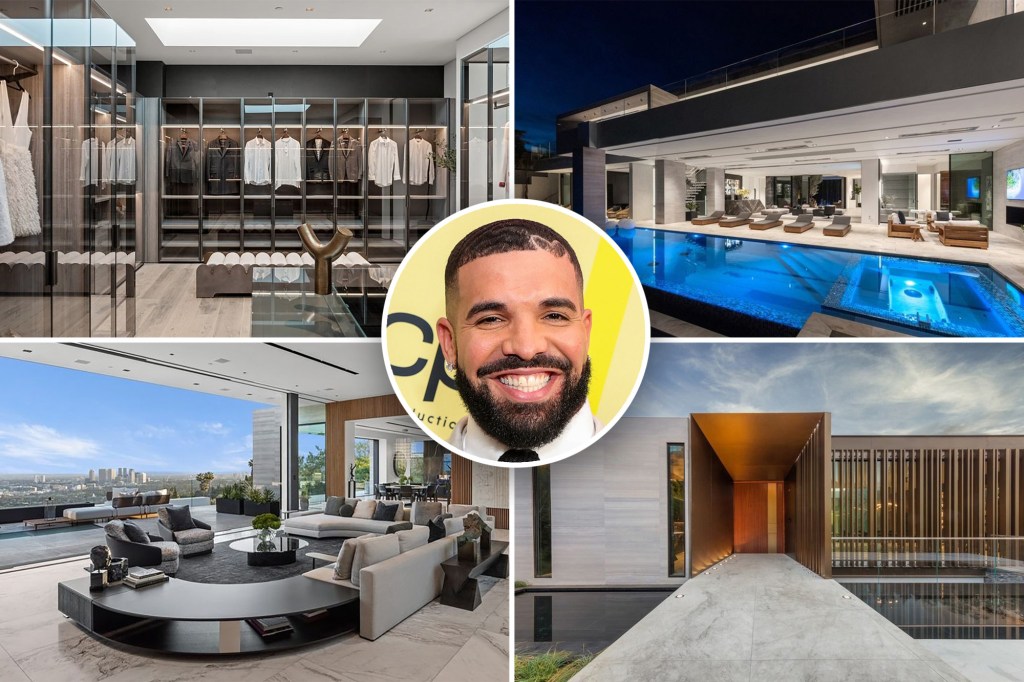 “Marvin’s Room” just got an upgrade.

And its most pleasing attribute is the architectural design, which incorporates elements of nature and includes a meticulously designed courtyard with a 20-foot cascading water wall situated behind a 150-year-old Mediterranean olive tree shipped from Italy, according to the listing.

While currently off the market, the home, pegged “Elementi,” went on sale back in April after a complete six-year rebuild, according to Dirt.

It is estimated that Drake rented out the property for $215,000 per month.

Enlisting the world-renowned architect firm SAOTA, the seven-bedroom, 14-bathroom estate first makes its grand statement upon entry, when you cross a glass bridge that will lead you to the foyer, which opens to an expansive floor plan with jetliner views, the listing states.

The great room is designed with marble details inspired by the “rhythmic keys of a piano.”

Additional features include a butler’s kitchen with its own entrance. The main kitchen includes designer Gaggenau appliances, Dada cabinetry, and a 14-foot leathered marble island.

The butler’s kitchen comes with a 16-burner Viking stove.

A Venetian-plastered spiral staircase leads down to the entertainment room, while the primary en-suite bedroom comes with dual baths and custom finishes.

Sources told the outlet the “God’s Plan” rapper only stayed in the home briefly and wasn’t exactly trying to move to 90210 just yet.

Drake, who just released his latest album “Certified Lover Boy,” had a brief scare in March, when an armed woman with a knife tried entering the star’s Toronto home.