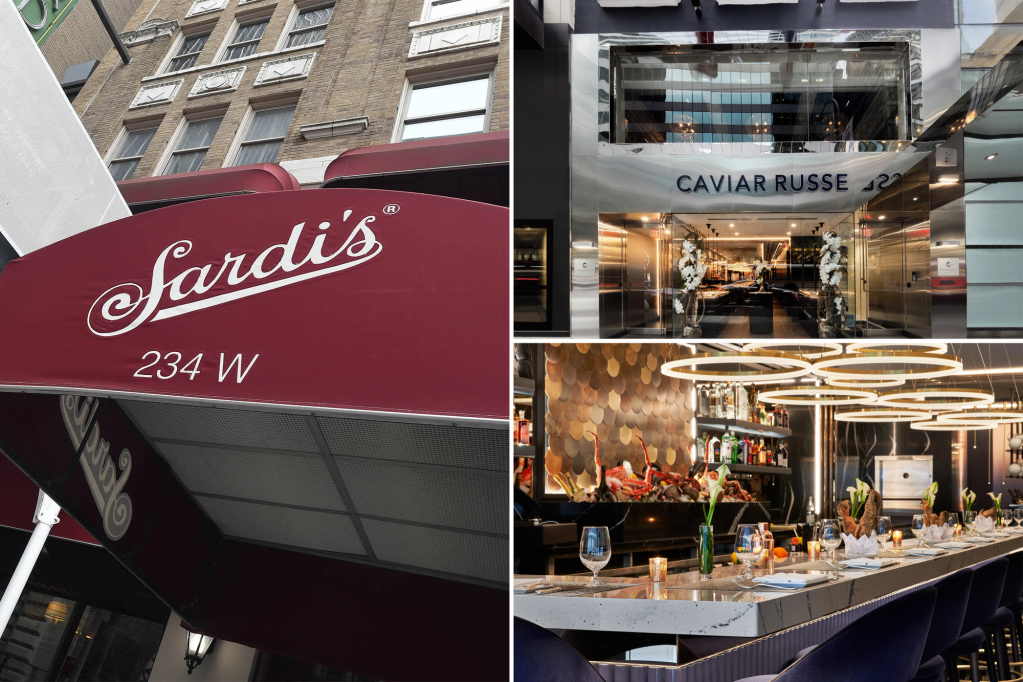 The city’s offices are now 31.8 percent physically occupied by real human beings, according to the widely followed Kastle Systems Back to Work Barometer. That’s still peanuts but an improvement over the 14 percent to 17 percent figures that Kastle was reporting as recently as last spring.

And with companies planning to bring more staff back in December and January, Midtown’s restaurant industry is gearing up to meet the demand. Among other developments, the legendary Sardi’s plans to reopen after a renovation later this fall, while Patroon, which was serving only dinner, will resume lunch service on Tuesday.

Meanwhile, two big-bucks culinary venues that Realty Check previewed before and during the pandemic are at last on the brink of opening.

We first reported the lease signing in November 2019. A planned March 2020 opening was postponed. Then, FitchRatings reported in a September 2020 debt analysis of the tower owned by SL Green and Vornado Realty Trust that the opening would come in April 2021. Fitch also revealed that the deal was based entirely on a percentage rent.

Now, the 22,000-square-foot venue is poised for a January launch, a source revealed.
Construction is underway but details are scarce. The  $30 million Four Seasons design by Brazilian architect Isay Weinfeld — who has worked on many Fasano hotels in South America — will remain largely intact.

A few blocks north and one block east, the owners of Michelin-starred Caviar Russe have set a Nov. 18 opening for a cozy, 43-seat caviar bar, raw bar, lounge and a retail shop on the ground floor of 538 Madison Ave. near East 55th Street, beneath their plush restaurant upstairs.

Managing director Ilya Panchernikov hoped to open the jewel-box setting last November, but it was delayed by construction issues.

The townhouse location, which once housed a ski boutique, has been rebranded as the Caviar Russe Building. The retail expansion means that customers can buy the brand’s caviar, smoked salmon, duck foie gras and truffles without having to go upstairs to order.

A foreclosure auction to sell the debt on Ziel Feldman’s stalled Eleventh Avenue condo project known as XI over the High Line Park, which was scheduled for Oct. 28, has been put off until Dec.  22 and 23, we’ve learned. Lenders and creditors of the kookily angled towers (aka the Twists) will have to wait longer to find clarity, as the debt must be resolved before payments can be made or construction can resume.

The Children’s Investment Fund, a UK hedge fund, scheduled the sale after Feldman’s HFZ Capital Group defaulted on its loan. A New York judge gave the fund the green light to sell the $136 million debt. The auction is not a court action but a public offering.

Feldman is also under siege by contractors including construction manager Omnibuild, which filed liens over hundreds of millions of dollars in unpaid bills.

NYU has recommitted to Tishman Speyer’s 11 W. 42nd St. Sources revealed that the university, a longtime tenant, just renewed on 115,785 square feet for its Midtown campus on the tower’s fourth, fifth and tenth floors. The term is five years and six months.

The deal starts at $55.50 per square foot and rises to $61.28, an insider revealed. It includes six months free rent and a tenant-improvement allowance worth $30 per square foot — yielding a net-effective rent of $46.18.

NYU, which recently made news for requiring COVID vaccinations, will also get its own private entrance to the 32-story tower.

The actual rents are consistent with the “asks” at 11 W. 42nd Street, which range from the $60s on lower floors to the $80s higher up.