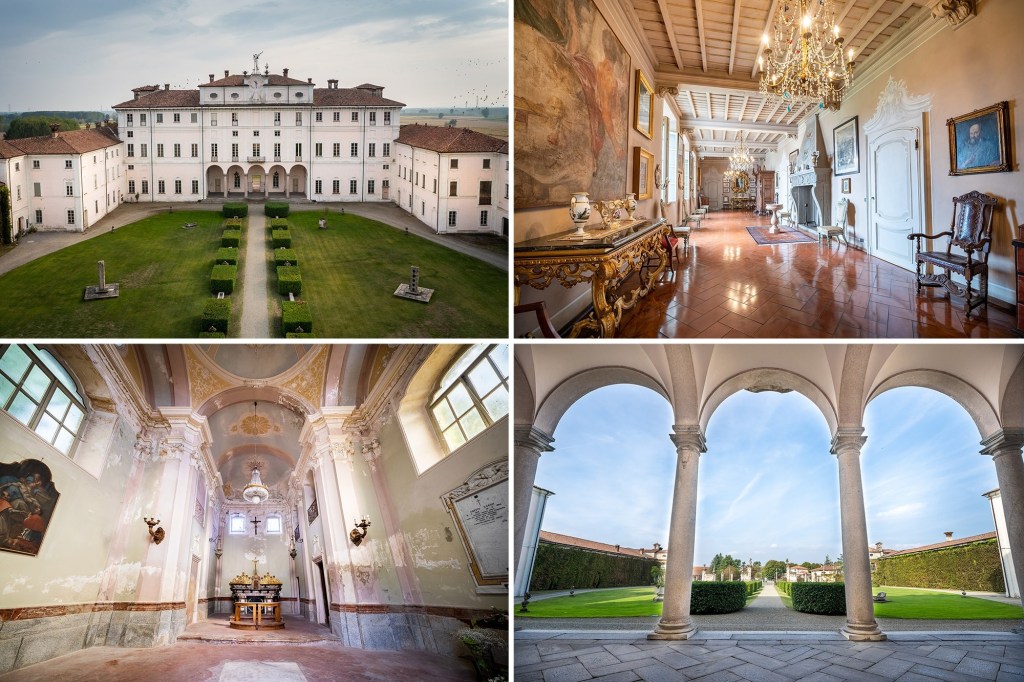 A 17th-century Italian villa used to host royalty has now gone up for auction.

And it’s being auctioned with no reserve – meaning the property will be sold, regardless of price.

Known as Villa Litta Carini, and situated 45 minutes outside Milan, the highest bidder will become the new owner of the 16-bedroom, 16-bathroom historic estate.

The sale includes a grandeur triple-height ballroom, which holds up to 160 people.
Designed by famed architect Giovanni Ruggeri, classic features of the property include extraordinary frescos, 17th-century fireplaces and chandeliers.

There is also a historic silk-spinning room, which spans 131 feet long and boasts cathedral ceilings.

Exterior features include terraced gardens with mosaics, several courtyards and views of the countryside.

Outside the main house are a private chapel, an ice house, a separate museum and horse stables.

“From the sweeping triple-height ballroom on the grand ‘piano nobile’ to the opulent private apartments, every inch of this spectacular property pays homage to its proud historical roots,” agent Concierge Auctions told JamPress.

“Walking around this majestic country villa will leave you with an inescapable feeling that you are taking part in a period drama.”

The villa hosted influential guests such as King Umberto I of Italy, who ruled from January 9, 1878, until his assassination on July 29,  1900, and Giacomo Puccini, an Italian opera composer.

Originally owned by Count Antonio Cavazzi della Somaglia until his death in 1688, his great-grandson, Paolo Dati, inherited the estate.

Dati expanded the villa, by adding a wing, and elevating it to one of Italy’s most coveted holiday destinations in the 18th century, according to Jam Press.

The Dati Somalia family sold the home in 1824, but it continued to be a popular getaway destination until around 1887.

Over the following century, the property was left abandoned until the current owners came along in 1970 and restored much of it.

The Villa is being advertised as a possible place for commercial use, including a hotel, spa or restaurant.

Bidding opens on Nov. 11 at 2 p.m. GMT, and as there is no reserve, it will be sold to the highest bidder through Italy Sotheby’s International Realty and Concierge Auction.