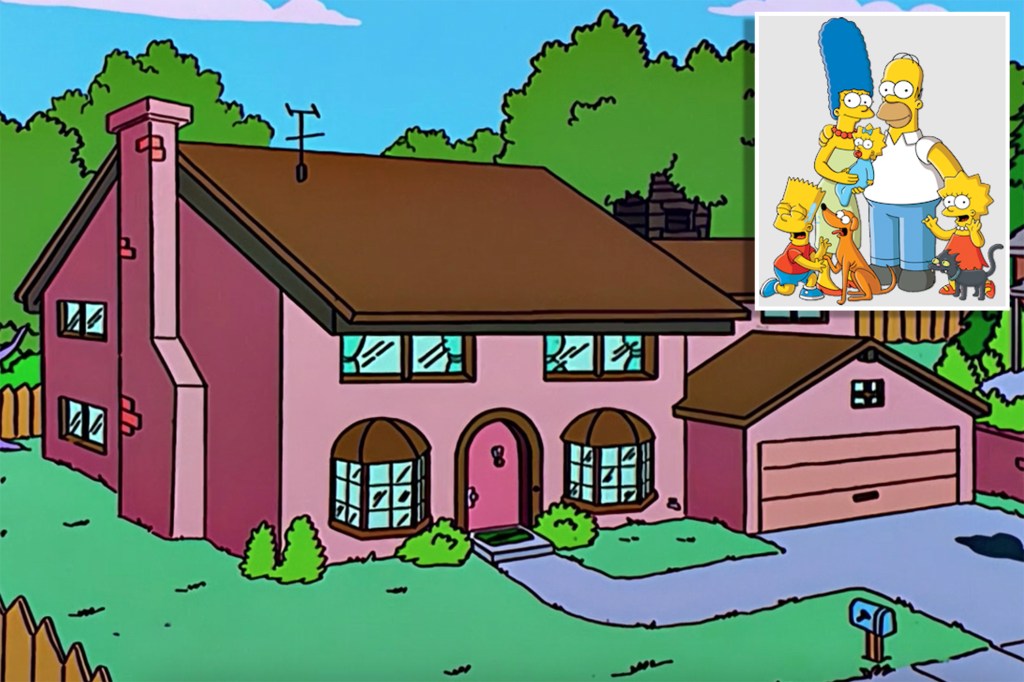 Turns out “The Simpsons” house, located at 742 Evergreen Terrace in the fictional town of Springfield, is more than just priceless to fans.

If it actually existed in suburban America, the home would be worth close to half a million, according to a realty firm.

Garretts Real Estate Group shared a tongue-in-cheek listing of the Simpsons’ pad and estimated that the four-bedroom, 2 ½-bathroom home would cost $449,900 in today’s market.

Situated next to their insufferable neighbor, Ned Flanders, the group noted it was built before 1989 and spans 2,200 square feet.

Over the last three decades Homer, Marge, Bart, Lisa and Maggie have moved around to different homes, but always find themselves back in the Springfield home – a name popular to many towns in the United States.

“Beautiful two-story home with basement. Through the arched, front door you are welcomed into the foyer. To the left is a cozy sitting room with a bay window, and to the right, is the dining room that also features a nice bay window,” the listing states. “Towards the back of the home, is the living room and kitchen.”

“The second story features four bedrooms! A master bedroom that offers a nice ensuite bathroom. There is also an additional bathroom upstairs. The backyard is surrounded by a wooden picket fence and a low box hedge. Also a patio and a custom treehouse!”

The listing also includes amenities near the home, like the Springfield International Airport, the General Hospital, the Wax Museum, Springfield Elementary and the mall.

Garretts Real Estate revealed they came to that estimation after randomly looking at homes recently sold in Springfield, Oregon, since fans have long thought “The Simpsons” takes place in the Beaver State.

“We found a handful of comps that would be a good match and used the same approach when determining how much a home is worth,” the website states.

“Also factoring in that they have been in the house since the late 1980s, Homer has some serious equity and likely paid far less for the home than its current value,” they added.

This tiny castle is free for anyone who can move it
Hong Kong services to rebound as China reopens, but UBP says sector is coming from ‘fragile situation’
Mortgage rates drop to the 5% range for the first time since September
Luxury developers in Los Angeles bet someone will pay record prices for these condos
Mortgage demand took a big step back last week, even after interest rates fell further