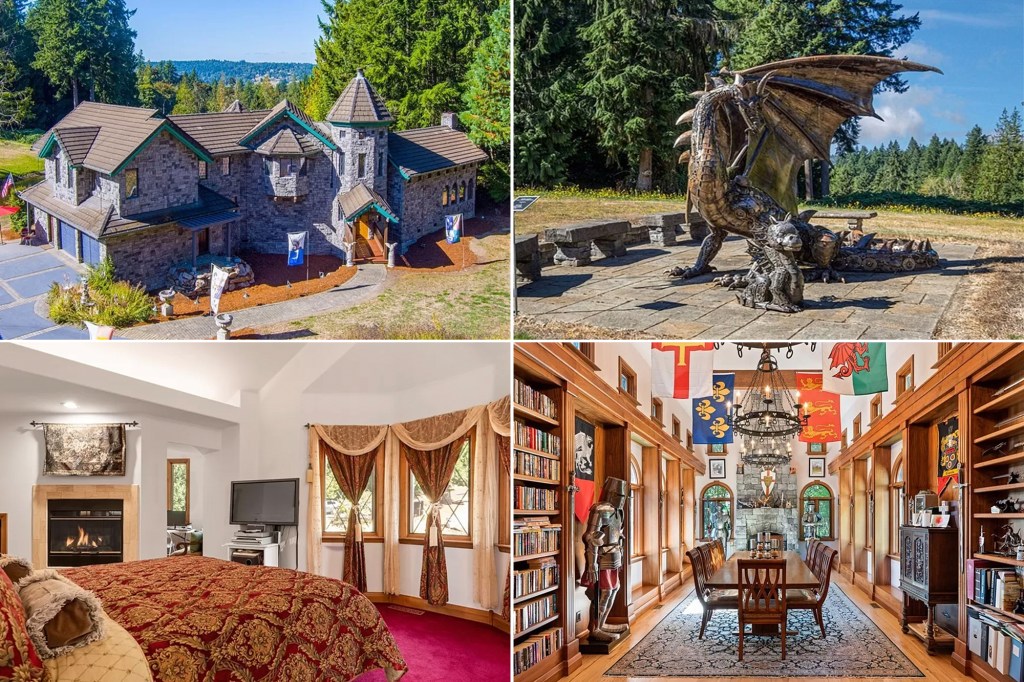 A castle-like residence in Munroe, Washington, is on the market for a mere $2.3 million and comes complete with its own (non-firebreathing) dragon.

The gated manor at 21632 High Rock Road sits on 18.75 acres of lush Pacific Northwest greenery, according to a listing on Zillow.

Though built in 1993, the four-bedroom, 2.5 bath manor looks right out of the Middle Ages, with a great hall decorated with suits of armors, heraldic banners, and gothic-style iron chandeliers. Elsewhere, the Renaissance fair vibe continues with imported Italian marble flooring and rich fabric curtains and tapestries.

Boasting a loft space, two-sided fireplace, and luxurious bath, the primary bedroom is truly fit for a king — or queen.

But it’s outside, not in some subterranean lair, that you’ll find the house’s fantastical guardian: A massive wrought-iron dragon overlooking a scenic pond and creek with waterfall—a young dragon nestled by its tail.

Not everything on the property is from the Middle Ages, though: The home also comes with two tractors, a Polaris Ranger utility vehicle, and a hook-up for an RV with water and power.