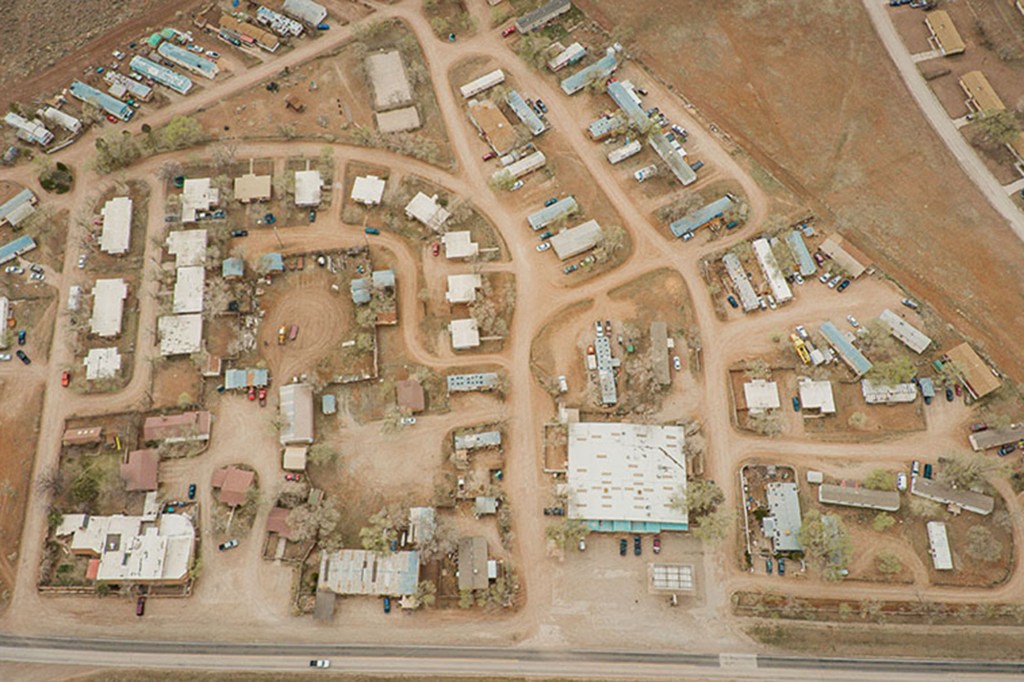 A New Mexico town that housed military men from 1860 until it was abandoned in 1910 is up for sale for $11 million, The Post has learned.

The potential buyer would be getting an original trading post with Fort Wingate, which spans over 7,000 square feet and includes a café, a post office and even a gas station. It also comes with a massive parking lot that currently houses over 80 RVs as well as 27 rental homes, all of which are “100 percent occupied,” according to the listing.

Mark Price of Realty One Group Concierge, who is representing the listing, told The Post that the café and gas station stopped operating once the town was listed for sale due to logistics.

Fort Wingate has only been on the market since Nov. 5.

“It’s been in the family since 1946,” Price revealed. “The current owner has lived there his entire life. He has never been outside the lines of the town and the family now wants to spend the rest of time traveling.”

“With all the current rentals and commercial operations in the town, the owner has been managing the town for decades,” Price explained. “He is the fire chief, the police and the landlord. It’s time to pass on the baton.”

The post office, which is located inside the cafe, is still functioning, Price revealed. And a school is only 250 feet from the town.

Across the street is the abandoned military base, which was also used to store explosives from World War I and World War II.

The town, which spans a colossal 18 acres, later built the rental units a decade later, in 1956 after the current family took over.

Price revealed that the town is sacred due to its surroundings.

“Sitting down with the owners and hearing about the Buffalo soldiers and the Navajo code talkers (that graced this land) is what made me take on this project,” Price said. “Being in the center of the Wingate, surrounded by Navajo, Zuni, BLM (Bureau of Land Management), BIE, National Forest and the old fort, which are all within walking distance is what makes this property so unique.”

According to Price, some film studios have already approached them about turning the place into a movie set, while maintaining the RVs and residential units.

“If the new owner decides they don’t want the residents or occupants any longer, they have the choice to do so. But ideally, we are looking for someone that would want to take over the business and rentals,” Price added.

‘Full House’ creator’s Manson murder mansion gets $25M price cut
What is a ‘rolling recession’ and how does it affect consumers? Economic experts explain
London’s luxury home sellers turn to WhatsApp as private sales surge
Rent prices have dropped the most in these 5 U.S. metro areas. Why it’s cheaper to rent in many markets
Luxury developers in Los Angeles bet someone will pay record prices for these condos