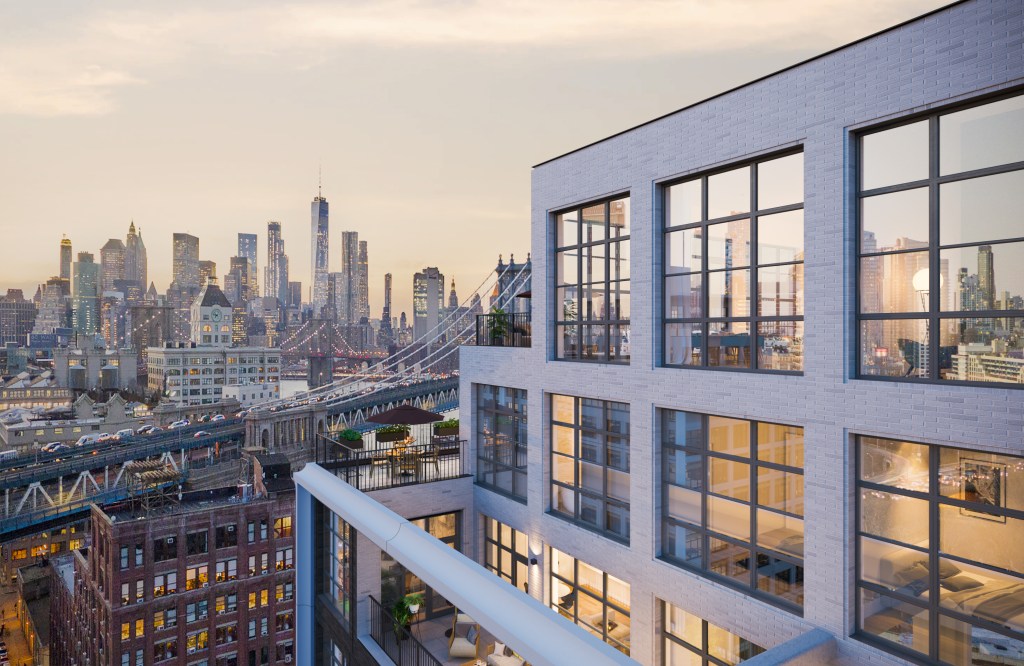 The sky’s the limit in Dumbo when it comes to shattering real estate records.

Front & York, a new 21-story luxury property co-developed by CIM Group and LIVWRK, can now claim bragging rights to Dumbo’s most expensive condo sale since 2017 with Penthouse B in contract for $8.75 million.

And while the neighborhood’s sales record still holds with the $15 million triplex penthouse at Clock Tower from 2017, Front & York’s Penthouse B is part of a three-unit purchase by a single buyer for a total of $16 million.

Dumbo has claimed some other noteworthy titles of late. It’s home to the tallest tennis court in the city at Olympia Dumbo where a court soars 75 feet in the sky with views of the Brooklyn Bridge. Developed by Brooklyn-based Fortis Property Group, Olympia is also the neighborhood’s tallest residential building at 33 stories.

Back at Front & York, which was designed by architect Morris Adjmi, residents will enjoy luxurious finishes, like white oak floors and oversized windows, kitchens with Gaggenau appliances and Caldia stone countertops, and baths with Waterworks cast iron tubs and radiant-heated floors.

“It’s no surprise that discerning buyers in today’s market are gravitating towards an urban resort-type property where everything they need is together in one place,” says Jason Schreiber, Principal, Investments of CIM Group.

And while the penthouse has been claimed, Front & York’s residences range from one- to four-bedrooms starting at $950,000 with move-ins starting this month.