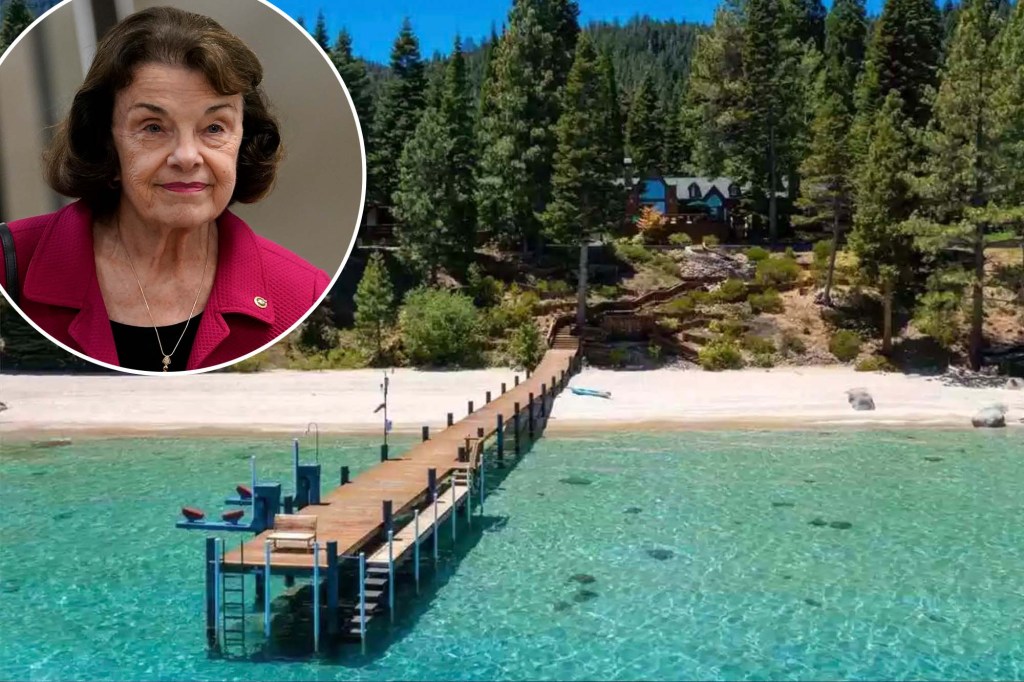 Senator Dianne Feinstein and her banker husband, Richard Blum, have found a buyer for their Lake Tahoe, California estate after a $10 million price cut and five months on the market, The Post has learned.

The waterfront compound was briefly listed for $46 million in October 2020, before it was taken off the market and re-listed in June for $41 million. On October 12, the price was slashed to $36 million.

It went into contract three weeks later, on November 2.

According to the listing, the home boasts 278 feet of white sand beach and a 172-foot pier.

The main house is made up of six bedrooms and 4.5 bathrooms, offering an open living/dining/kitchen and family room. Outdoor features include an expansive deck, hot tub and stairs down to the pier and beach.

Feinstein, a Democrat representing California, is the nation’s oldest senator, having celebrated her 88th birthday in June. Elected in 1992, she was the first female senator from the state.

Following the assassination of San Francisco Mayor George Moscone and fellow supervisor Harvey Milk in 1978, she stepped in as acting mayor while president of the Board of Supervisors. This made her the first female mayor of San Francisco as well — a role she would hold until 1988.

Following news that Senator Patrick Leahy from Vermont would retire following eight terms in the senate in 2023, it would also make Feinstein the longest-serving Democratic senator, if re-elected.

Feinstein also holds a residence in the upscale San Francisco neighborhood Pacific Heights, not too far from her colleague, House Speaker Nancy Pelosi.

New York AG will seek sanctions on Trump, lawyers over ‘false’ court filings in fraud suit
This tiny castle is free for anyone who can move it
Seth Rogen to host slumber party at his LA creative retreat
Hong Kong services to rebound as China reopens, but UBP says sector is coming from ‘fragile situation’
Luxury developers in Los Angeles bet someone will pay record prices for these condos