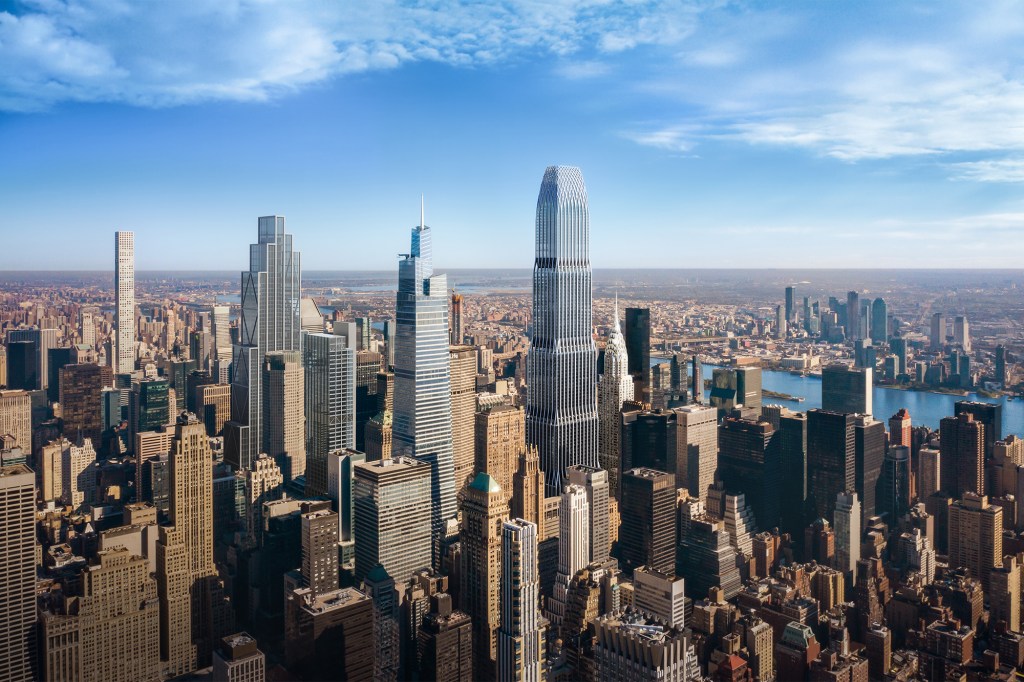 The fun fests are planned for public-accessible terraces on three sides of the tower. But first, there has to be a tower. Although completion isn’t scheduled until 2030, the fate of the $3 billion-plus project will likely be decided next month.

That’s when developers RXR Realty and TF Cornerstone expect their plans for the mammoth project designed by Skidmore Owings & Merrill to go to the full City Council for approval. The City Planning Commission has already blessed the project, which is to rise to 1,646 feet and 83 stories. It would have 2.1 million square feet of offices, a 453,000-square-foot Hyatt-operated hotel and 10,000 square feet of retail.

The plan is currently being studied by the Council’s zoning committee, which is expected to green-light it before it goes to the full body for a vote. The public review is necessary under East Midtown zoning rules, which allow much larger towers than were previously permitted but which require developers to contribute significant public and transit amenities.

SL Green, the first developer to exploit the enhanced zoning, paid for $220 million in transit upgrades to develop One Vanderbilt slightly west of the RXR/TF Cornerstone site.

It wasn’t clear when demolition would start on the Grand Hyatt, a 1970s glass-curtain wall structure with a tacky overhang that Donald Trump inflicted over the East 42nd Street sidewalk.

Nor is it known yet how much the developers will pay for the pedestrian/transit upgrades and what they’ll all be. But one feature will be the conversion of a “short loop” of abandoned subway track beneath Grand Central Terminal into a direct underground connection between new LIRR platforms and subways.

The outdoor terraces are to total 25,000 square feet — more than the 10,000 square feet required by zoning. Situated along the tower’s western, Lexington Avenue and northern sides. They’ll be landscaped by James Corner Field Operations of High Line fame.

To narrow down the terrace happenings, the developers along with Council member Keith Powers will form a program-advisory board to include representatives of the Council, Manhattan borough president and Community Board 5.

The Wilf family’s Skyline Developers has nailed down 82,427 square feet in 13 new leases at 1040 Sixth Avenue.

Several of the new leases are on the third, 12th and 20th floors of the tower, which Skyline converted into pre-built office suites and custom build-to-suit spaces.

Skyline founder and president Orin Wilf said, “We worked closely with our existing and potential tenants to understand the needs, concerns and to develop unique solutions that support the flexibility necessary for them to be successful.”

Sarashina Horii, the first location outside Japan for a 232-year-old Tokyo soba restaurant, has opened at 45 E. 20th St. The handsome eatery, which specializes in sarashina-style soba noodles made from the innermost part of the buckwheat seed, joins what might be Manhattan’s most diverse array of fine restaurants to be found on a single block.

For good measure, there’s cheese-heaven Beecher’s on the Broadway corner, a retail store that also has a sit-down café.