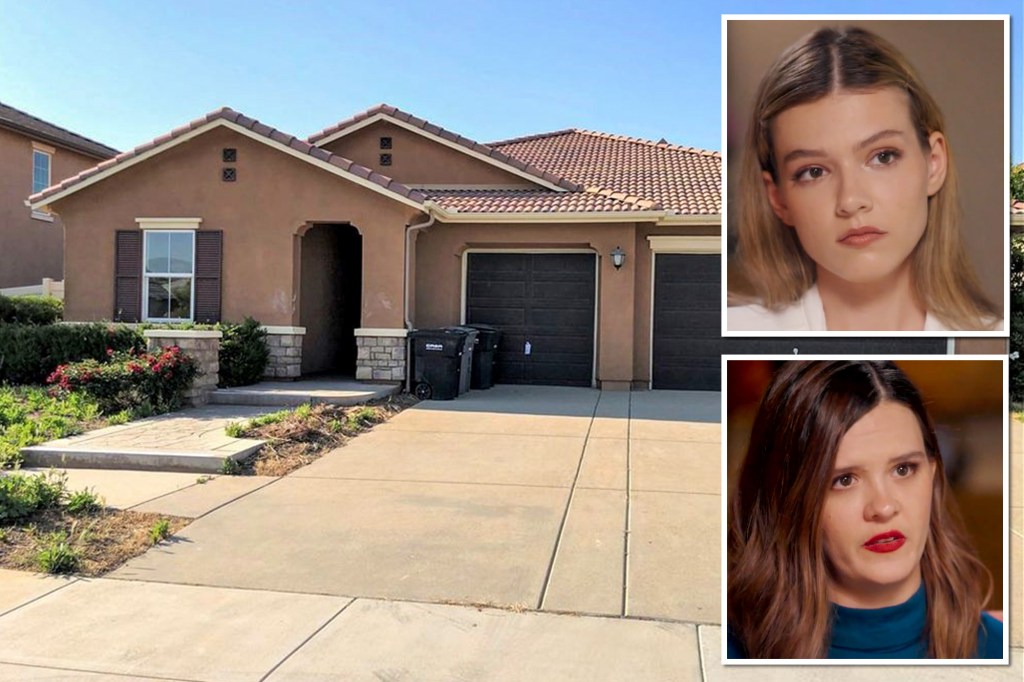 In a heartbreaking first interview, two of the 13 Turpin siblings opened up about the abuse they faced at the hands of their own parents in one Perris, Calif., home.

Speaking to Diane Sawyer for ABC, Jordan Turpin, 22, and her sister, Jennifer Turpin, 33, revealed vivid details of the horrors they suffered inside the home by their parents, David and Louise Turpin.

When police first approached the house, after Jordan, then just a 17-year-old girl, made the life-changing phone call to authorities in 2018, loads of trash filled the rooms, urine and feces were smeared against the walls and moldy food was observed.

The most disturbing visage, however, was when cops discovered two frail girls, bruised and caked in dirt in one of the filthy bedrooms.

“Hi sweetheart. Hi girls. Can I see your wrists?” one of the officers can be heard saying on the body camera footage. “We’re here to help you.”

In another bedroom, a boy is seen shackled to a bed where he’d been restrained for weeks. Officers scrambled to free him as they arrested the parents and asked them where to find the key to the chains, the footage showed.

“I had to make sure that if I left we wouldn’t go back because — and we will get the help we needed — because if we went back there’s no way I would be sitting here right now.”

The home has since seen a massive makeover.

Made up of four bedrooms and three bathrooms, the home spans over 2,300 square feet.

According to the previous listing, the one-level home boasts an open floor plan with high ceilings and “many upgrades,” including all-new wood laminate flooring throughout, quartz countertops in the kitchen and bathrooms, and a covered patio.

The residence has also been wired with an alarm and a surround sound system and has a three-car garage with epoxy flooring.

The badly abused siblings, aged 2 to 29, were taken to a hospital, where they received food and emotional support. It was the first time Jennifer Turpin said she felt free.

“In the hospital, music was playing and I got up … and danced,” she remembered.

David and Louise Turpin pleaded guilty to 14 felony counts of torture, false imprisonment and related charges in February 2019 and were later sentenced to 25 years to life in prison.

But in a shocking turn of events, in what should’ve been a new, fresh start to the rest of their lives, the Turpin kids are still struggling today despite being rescued three years ago from the squalid California home where they were chained, beaten and starved.

In the interview with Sawyer, Jordan revealed how they have been failed by the system after their parents were locked away for life, having to couch surf since they couldn’t find stable homes.

“I don’t really have a way to get food right now,” Jordan said in the interview about the time after she was abruptly released without warning from extended foster care.

Five of the younger kids also spent time in foster homes, where accusations of child abuse were revealed.

“They have been victimized again by the system,” Mike Hestrin, the Riverside County district attorney who prosecuted David and Louise Turpin, told ABC.

“That is unimaginable to me — that we could have the very worst case of child abuse that I’ve ever seen,” he continued, “and then that we would then not be able to get it together to give them basic needs.”

Both the adult and minor children of David Turpin and his wife have struggled since they were rescued.

Additionally, the siblings have had trouble accessing the $600,000 that was donated by strangers to help them after their parents were busted. Riverside County officials would not provide ABC with any information about the trust set up for the Turpin siblings, nor say how much has been distributed to them. Some are even asking why some requests — like when 29-year-old Joshua Turpin asked for a bicycle so he’d have some transportation — were denied.

“If we can’t care for the Turpin victims,” Hestrin added, “then how do we have a chance to care for anyone?”