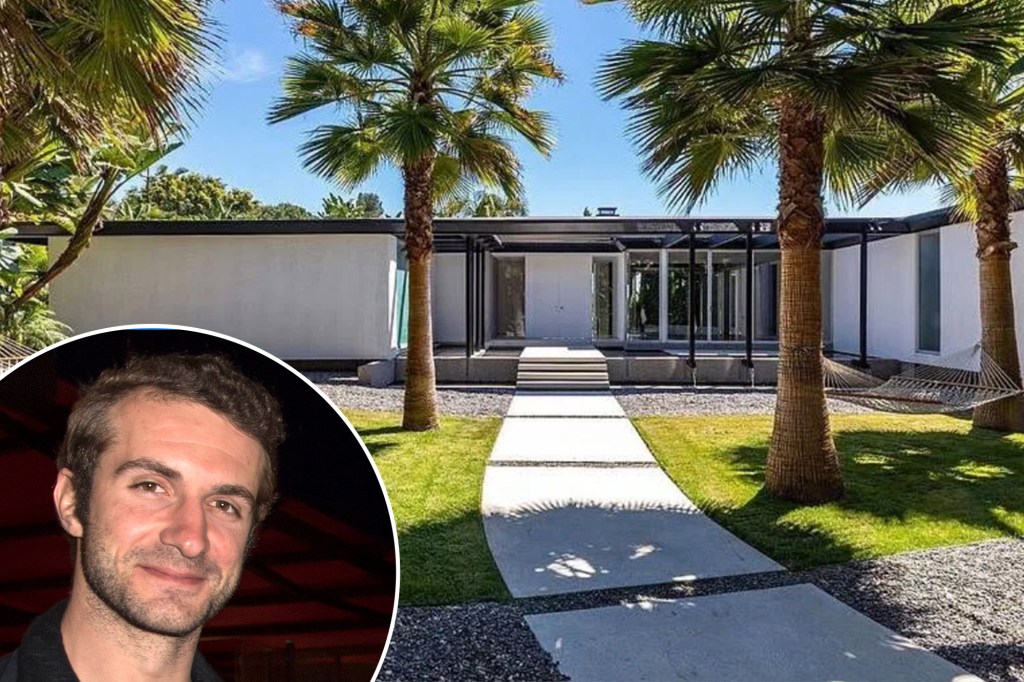 Built in 1961 by vaunted modernist architect Rex Lotery, the 4,600-square-foot home with five bedrooms and six bathrooms is “hewn from a choice mixture of steel and glass,” according to Dirt.com.

The property also boasts a bridge over a reflecting pool, glass walls, a double-sided fireplace, a library/media lounge and a gourmet kitchen, the outlet noted.

There is also a swimming pool “and a jungle’s worth of tropical trees and other associated plantings.”

Niarchos, now married to Russian oligarch Roman Abramovich’s ex Dasha Zukhova, also owns the $12.8 million Kronish House, which Dirt called “one of the most prized architectural properties in Beverly Hills,” as well as the $15 million mansion next door.

This tiny castle is free for anyone who can move it
I found a great apartment — but the landlord charges fees for a pet fish
Mortgage rates drop to the 5% range for the first time since September
London’s rental market is in crisis. Here’s why and how renters are struggling
Here’s what the Federal Reserve’s 25 basis point interest rate hike means for your money