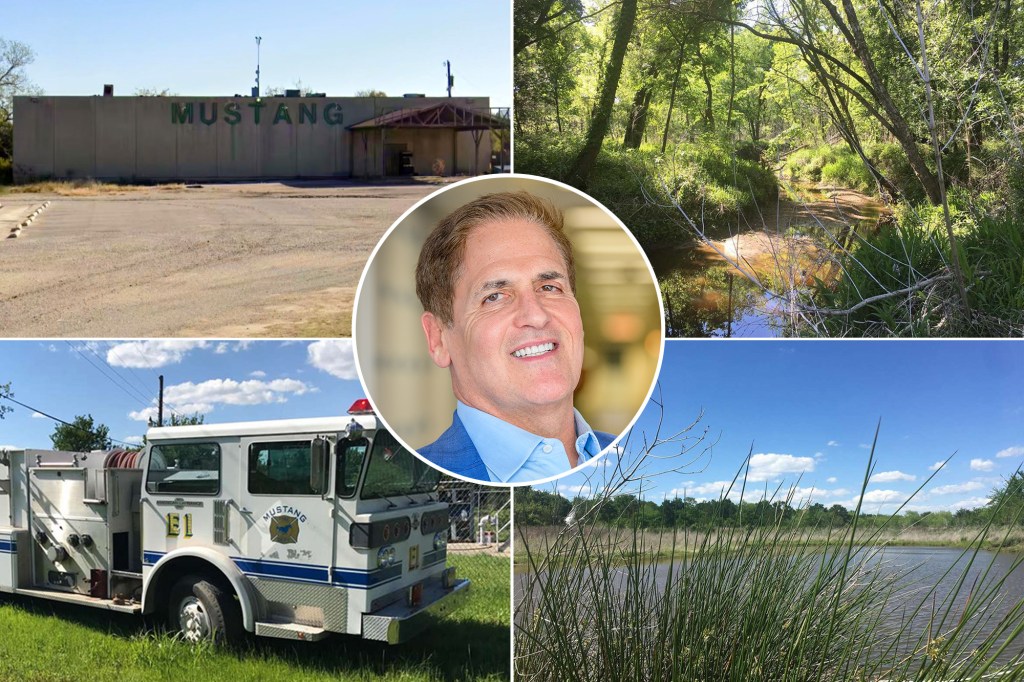 The billionaire businessman — who owns the Dallas Mavericks and stars in NBC’s “Shark Tank” — purchased an entire town in Texas as a favor for a friend.

The 77-acre town has a current population of 23 people and is the home of an abandoned strip club with a frightening back story.

“There was a strip club there called Wispers that has since permanently closed. There was a killing there, the business had quite a tale,” said listing agent Michael Turner in a 2017 interview with the Houston Chronicle.

In 2008, a club-goer died after being beaten to death in an assault that involved Wispers’ DJ at the time, according to the Corsicana Daily Sun.

Google Maps showed the name of the club had been edited to “Mark Cubaret.”

Cuban told Dallas Morning News that his buddy needed to sell the town, but “I don’t know what if anything I will do with it.”

It’s unclear how much Cuban paid for the Texas town.

“The price is not to be disclosed,” Turner told The Post.

However, the listing price was last reduced to $2 million, after previously being listed at $4 million at the time.

Mustang was previously described as a “ghost town” that only consisted of a wastewater treatment facility and a volunteer fire department.

The town was founded in the 1970s and was considered the only place in Navarro County where people could purchase alcohol.

“It was a boomtown in the alcohol business. There was a long line of cars from Corsicana and all-around Navarro County here,” Turner added.