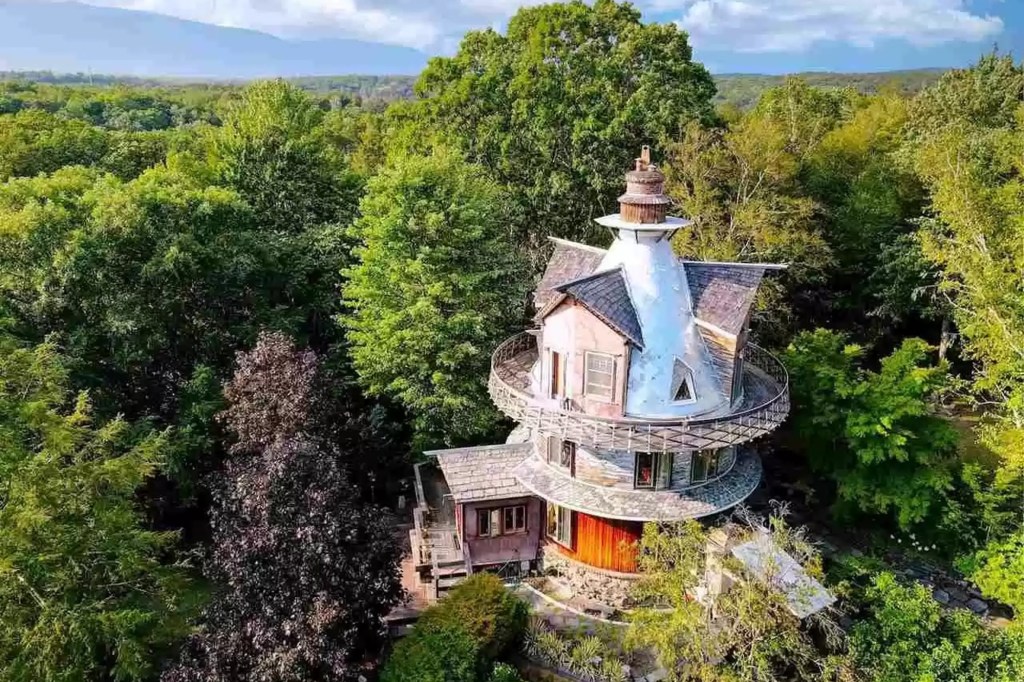 It’s hip to be square — unless you live in a circular house.

In the upstate New York town of Saugerties, an unusual-looking home with connections to the Muppets has found a buyer and entered contract, according to a Realtor.com listing update.

Listed for $799,000, this round home was built with repurposed materials – and its original owner reportedly considered it a work of art.

The final sales price has not been recorded – and neither has the identity of the new owner.

Artist John Kahn, an associate of Jim Henson – with whom he collaborated on sets and costumes for “The Muppets” and “Fraggle Rock” – began building the property in 1993. Previous marketing materials, from when the home asked $750,000 in 2020 under a different brokerage, referred to the prominently shaped main house as a “functional sculpture” and added that Kahn used walnut, copper and bamboo in its construction. It took Kahn several years to build.

Located at 107 Fishcreek Road, the main house has 2,118 square feet across five floors – four of them round in shape when factoring in the basement – with balconies and decks that branch off from its core. A spiral staircase connects the levels. Up on the fifth floor, there’s a wraparound porch that offers views of the Catskill Mountains in multiple directions. The fifth floor also houses the master suite.

But back inside, listing images show a home that doesn’t shy on whimsy. The circle’s shape gives a slight curve to the green-walled kitchen – creating a need for custom cabinets, which feature copper inserts – and helps add a cozy shape to a lounge seating area nearby. Wooden beams accent the ceiling, and colorfully painted wood adorns the staircase. But the shape, also noticeable in the walls of the main home’s two bedrooms, also allows natural light to spread throughout the interior. Photos also show a green-painted floor, charming tilework, pocket doors and a number of vintage-looking light fixtures that add to the charm.

The home sits on a 5-acre lot, which has several outbuildings. There’s a guest house, which could also be used for yoga or a studio, and a two-story warehouse. There’s another building for storage made out of a railway car. There’s even a space with a wood-fired sauna room. The grounds also feature landscaping and sculptures made by Kahn.

The property has flexibility for three bedrooms total.

The Maverick Team at Berkshire Hathaway HomeServices Hudson Valley Properties had the listing.