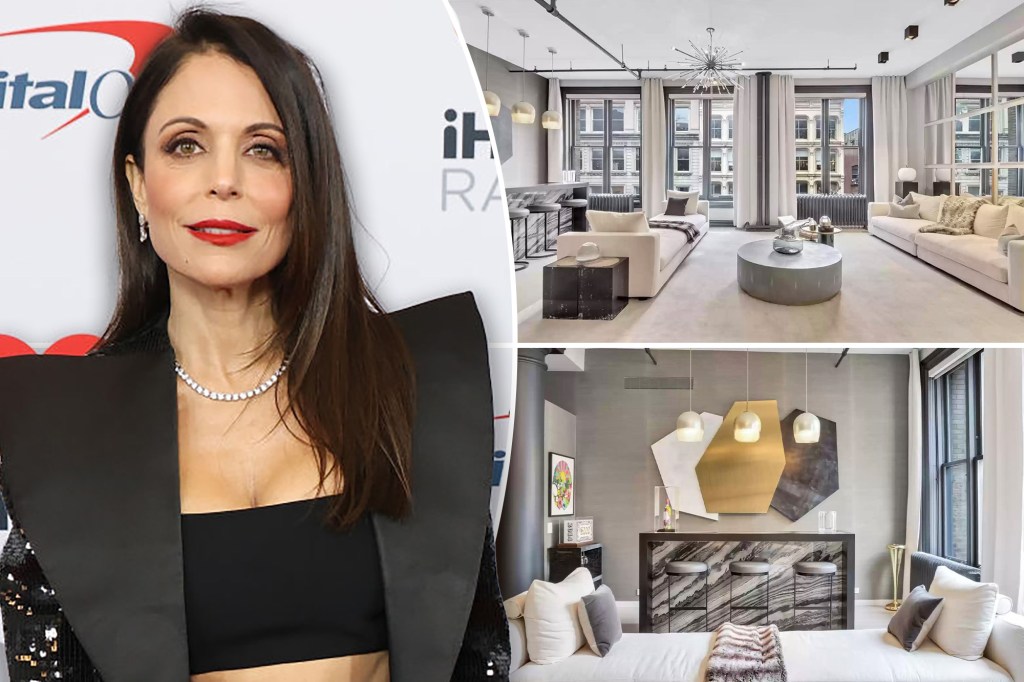 Bethenny Frankel has decided to put her Manhattan loft up for sale again a day after a judge ruled she no longer had to pay child support to ex Jason Hoppy.

The four-bedroom, three-bathroom property was listed on Dec. 9 for nearly $7 million.

The move also comes as her custody battle with Hoppy nears an end, The Post reported. While the two share 50-50 custody of their daughter, Bryn, Frankel has been named the primary parent.

Frankel has been spending the majority of her time between a townhouse in Boston’s Back Bay, where her film producer fiancé Paul Bernon is based, and her newly renovated Hamptons pad.

The former “Real Housewives of New York” star and Skinnygirl entrepreneur briefly listed the home for the first time back in April. She took the home off the market after six months without any offers.

Features include a key-locked elevator that opens out to the foyer which leads to the open kitchen and great room. The great room boasts 11-feet-high ceilings and oversized windows, the listing states. The kitchen is equipped with stainless steel appliances and a central island with a book-matched waterfall marble countertop that seats six.

The formal living room comes equipped with a stone-clad bar. Other features include a home office, laundry room, and oversized primary suite with a sitting area, beauty room and walk-in closet.

The building’s amenities include a newly installed video intercom system, full-time super and a rooftop terrace.

In 2019, the reality-TV veteran turned entrepreneur and philanthropist, 51, conveniently got engaged to Bernon, 44, just as the news reports hit that she “finalized” her divorce from Hoppy, after they split nearly 10 years ago.

Their daughter, Bryn, now 11, has chosen to primarily live with Frankel despite the 50-50 child custody agreement.

“We have put in a schedule that Bryn can be comfortable with that the court can order so we don’t have these constant fights going on,” Frankel’s lawyer Allan Mayefsky said in the court hearing last Wednesday. “We need to recognize that Ms. Frankel is the primary parent… she should not be paying child support at this point.”

Frankel and Mayefsky both explained that Bryn has been suffering from anxiety, hyperventilation and hives, and, at times, has refused to go see her dad, at least in part because of her parents’ ongoing conflict.

“I want her to see her father,” Frankel explained. “I know how important it is for a child to have a good relationship with both parents.”

Hoppy showed up for the hearing without a lawyer and read a statement explaining how he wasn’t going to fight Frankel’s requests.

“This is not a Bryn issue or an issue that Bryn has with me,” Hoppy told the judge. “Therefore, I’m removing myself of this fight — for Bryn and my physical, emotional and mental health. I will not spend the remainder of Bryn’s childhood fighting as we share joint physical custody,” the father continued. “Bryn knows I love her, I want her and I will always be available for our time together.”

Manhattan Supreme Court Justice Michael Katz told Hoppy that if he didn’t oppose Frankel’s motion, “then the relief that is sought will be granted.”

Julia Fox claims mice-filled home will stop son from turning into a ‘f–king prick’
Beyoncé, a $100k-a-night suite and a red carpet of influencers: Dubai basks in its booming economy
How Kyle Richards’ husband Mauricio Umansky built a $57B real-estate empire
What is a ‘rolling recession’ and how does it affect consumers? Economic experts explain
Mortgage demand took a big step back last week, even after interest rates fell further