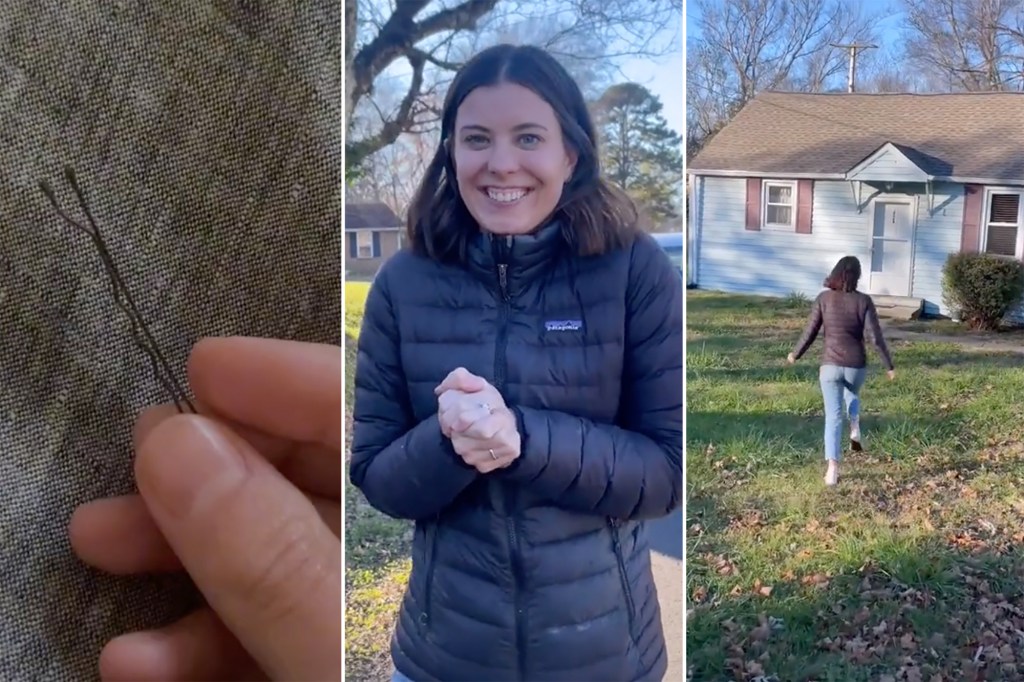 It’s the house that TikTok built.

A California woman is now a happy homeowner after trading up increasingly more expensive items over the past year and a half — starting with just a hairpin.

Demi Skipper, 30, declared on TikTok in May 2020 that she would swap her way up to a home. She acquired everything from a Peloton bike to a diamond necklace, using each item to score a bigger, better asset. In total, she made 28 trades, according to her TikTok and Instagram, where she documented the ambitious endeavor, dubbing it the Trade Me Project.

“I’m trading a bobby pin up until I get a house,” she said in her first video, which was followed by a trade for cheap earrings, then four margarita glasses, a Bissell vacuum cleaner and so on. Skipper, who lives in San Francisco, said she used Craigslist, eBay and Facebook to make the trades one at a time.

For instance, she found someone online in need of a carpet cleaning to give her a $95-snowboard in exchange for the vacuum. After that, she traded the snowboard for a $180 Apple TV 4K.

Often, she upgraded after finding out what people were willing to take a loss for. For example, when she found someone desperate for the $320 Xbox she scored, he was willing to part with his MacBook Pro, which cost about $400. When she found a man who wanted her Jordan 1 Reverse Shattered Backboards, she told him she would part with the coveted sneakers for an iPhone 11 Pro Max.

Skipper amassed more than 5 million followers on TikTok documenting her scheme. As her project gained steam, she appeared in a sponsored video for Chipotle, which helped her get even closer to her home. The fast-food company reached out to her about trading her three tractors for a “celebrity card,” which gives the cardholder free burritos for a year plus a catered dinner.

The bigger-ticket items included multiple kinds of cars, a tiny cabin, an electric bike food truck and a trailer equipped with a Tesla Powerwall 2 — the latter of which led to her home in Nashville, Tenn. on the day after Thanksgiving.

“I can’t believe this,” she said in a video after seeing her house for the first time. “A year and a half of trading a single bobby pin until I get a house, and I’ve done it. And look at it, this just shows you — it’s possible!”

Skipper told NBC News that the process was surreal, noting she and her husband plan will make the move to Tennessee from California in January.

“People really have doubted me, and I certainly did at times during the journey, too,” she said. “But I learned a lot about myself in the process, and I was really amazed by my ability to stick with it.”

She wasn’t the first to trade her way up to a house. In 2007, entrepreneur Kyle MacDonald traded a giant red paperclip for a two-story home.

The Post has reached out to Skipper to verify the scheme.