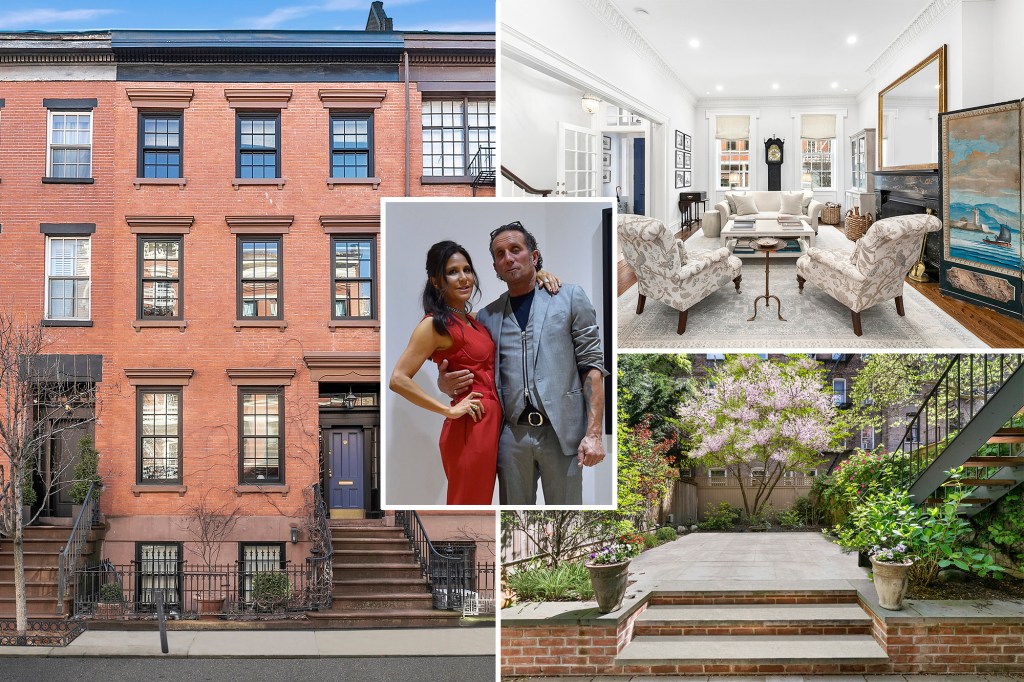 Richard and Laurie Stark, the owners of luxury accessories brand Chrome Hearts, are the new owners of a West Village townhouse at 32 Perry St. They paid $14.5 million for the spread, the Real Deal first reported.

The couple already own a home at 159 E. 64th St., which once housed their flagship boutique popular among teenagers and celebs like Jay-Z and Cher. But that stately — and abandoned — townhouse is where three alleged squatters were arrested earlier this month.

Why they have let the home decay for a decade is unclear, but they had briefly put it on the market for $14 million in 2013.

Their new townhouse was most recently on the market for $15.25 million, down from its $16.5 million ask. The five-bedroom, turn-of-the-century home is 4,451 square feet and comes with 1,697 square feet of outdoor space.

The pad opens to a parlor level with high ceilings and a woodburning fireplace. There’s also a new penthouse on top with a wet bar and two terraces with city views. The garden level features a private guest suite with its own kitchen, laundry and separate entrance that can also serve as a rental property.

The Starks have also been buying big in sunny states, like Florida, where Laurie Stark bought a $6.5 million condo in Sunny Isles earlier this year, according to the Real Deal.

They also own at least seven properties in Malibu including a $38.5 million beach house they bought in 2017. Meris Blumstein of Corcoran and Matt Lesser of Leslie J. Garfield had the listing.