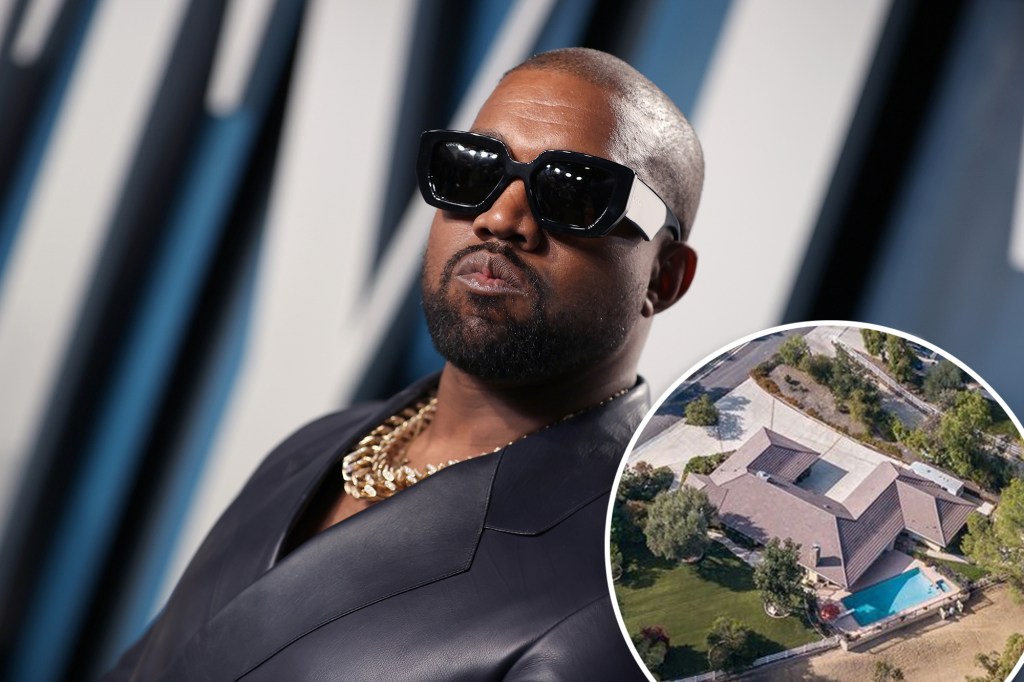 After shelling out more than $4.5 million for a drab house across the street from Kim Kardashian, Kanye West has plans to drop even more money to tear it down and build a brand new home precisely to his liking, according to a report from People.

“Kanye’s new house is a teardown. He only bought it for the location,” a source told the outlet. “It’s near Kim and the kids. He has a vision for the house and plans on starting construction ASAP.”

The move comes after West, 44, shelled out a whopping $57.3 million for a luxury modern home in Malibu. And while it’s only a 30 minute drive, it was still too far for Kanye.

A separate source told The Post, the “Donda” rapper needed better and quicker access to his kids.

“It’s just simple logistics so that he is close to his children and has access to them at the drop of a hat,” the insider said.

Made up of five bedrooms and four bathrooms, this is the first time the house has gone up for sale in 67 years, since the former owners purchased property when it was newly built at the time, in 1955.

West paid an additional $421,000 over the seller’s asking price in order to bag the property.

The current house spans more than 3,600 square feet. But there is no telling how much bigger West could build the new house, which is situated on more than an acre of land that also held an equestrian ranch.

Interior features of the current home are a bit outdated, with shaggy beige carpets, vintage wood paneling and wooden cabinets.

The front lawn was recently replaced with a drought-resistant AstroTurf.

Meanwhile, West is listing one of two of his Wyoming ranches for $11 million, which remains on the market today.

Melissa and Jason Improta of Compass held the listing; Tomer Fridman of Compass repped the buyer.

This tiny castle is free for anyone who can move it
New York AG will seek sanctions on Trump, lawyers over ‘false’ court filings in fraud suit
Mortgage demand took a big step back last week, even after interest rates fell further
Mortgage rates drop to the 5% range for the first time since September
Harlem City Council member Kristin Jordan Richardson silent over $700M project One45