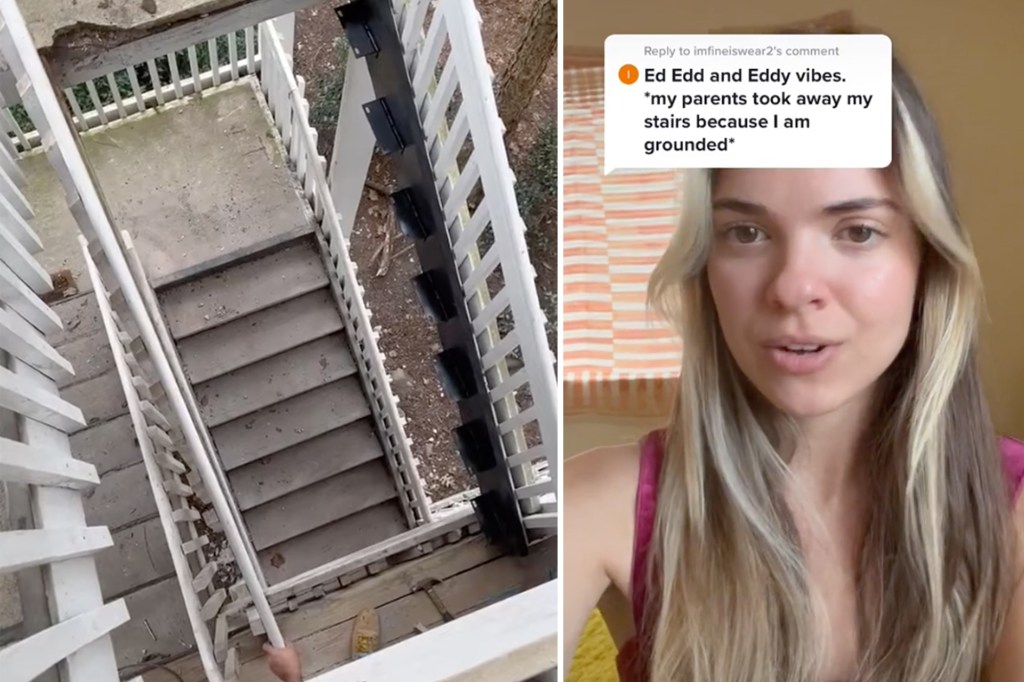 Well that’s one way to quarantine.

A woman from Georgia, who goes by the name Olivia Crump, posted a video to her TikTok purportedly showing how the stairs to leave her apartment completely vanished.

“When your apartment removes the stairs without warning and you’re stuck for hours,” she labeled the video, which was reportedly recorded in Atlanta, with the caption “#stuck in my lil #apartment.”

The video, posted on Dec. 27, shows a portion of the outdoor staircase to her apartment had been removed amid construction.

“My parents took away my stairs because I am grounded,” one user joked in a comment.

Crump told Storyful that the apartment complex had not notified her of any building upgrades.

“I emailed them when I first noticed and didn’t get a response. I called two hours later and they said they didn’t know the stairs were being worked on. It took four hours for [the workers] to finish the stairs.”

Storyful reached out to the apartment complex’s management for comment.

“Imagine having to go to work and you have to tell your manager that your stairs got stolen,” one user commented.

“A princess trapped in her tower cracked me up,” another wrote.

Julia Fox claims mice-filled home will stop son from turning into a ‘f–king prick’
Luxury developers in Los Angeles bet someone will pay record prices for these condos
London’s luxury home sellers turn to WhatsApp as private sales surge
Hong Kong services to rebound as China reopens, but UBP says sector is coming from ‘fragile situation’
Beyoncé, a $100k-a-night suite and a red carpet of influencers: Dubai basks in its booming economy