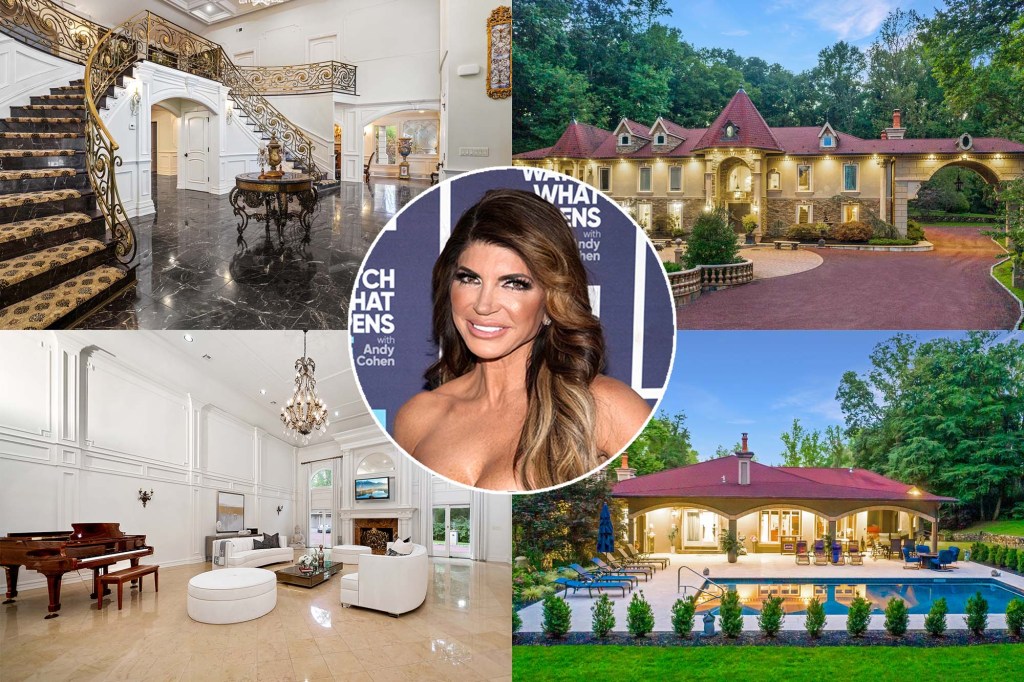 As The Post exclusively reported last month, the Monville, New Jersey, palace of Giudice, 49, received a price slash after a deal fell through. First listed in September 2020 for $2.5 million, the price dipped to $2.24 million in January 2021 before another price drop in January 2022. It was last asking just $1.99 million.

Pais tells the Post that Giudice accepted an all-cash offer at the full asking price for the ornate stone-and-stucco, six-bedroom manse.

She would not reveal the identity of the buyers.

“Giudice’s residence is a unique home, and it took massive exposure to the market to procure the right buyer,” Pais said. “The buyers are in love with her home and can’t wait to move in — specifically, the ornate finishes with impeccable detailing, extravagant foyer with soaring ceiling, black marble flooring and Cinderella staircase, and the privacy is what sold the buyers.”

The abode features a dining room with a jaw-dropping chandelier, gas fireplace, private balcony and a Jacuzzi in the primary bath surrounded by onyx tiles and a sitting area round out the deal.

Pais recounts telling the new homeowners, “Congratulations! Now you have a great house and to top it off an amazing conversation starter!”

And cocktail chatter they do have. Giudice has been antsy to sell the home as part of her recovery following her divorce from her ex-husband Joe Giudice, 49, which was finalized in 2020.

“It’s hard for me to sell the house,” she revealed on camera in a confessional in the latest season of “RHONJ.” “[My ex-husband] and I built the house together; we raised our four daughters in that home.”

Indeed, the 9,000-square-foot property was quite the fairy-tale property to call home which, in addition to the standout features mentioned above, boasted a total of 16 mega-sized rooms, along with a chef’s kitchen, pool, private wine cellar and more.

“I am ready for a new beginning,” she added in that confessional. “I’m looking for a fresh start.”

Happily for the brunette diva, it seems she’s found that in the form of a $3.35 million Montville home she bought in 2021 with her now fiancé Luis Ruelas, 46, dubbed Clarence Manor.

Her new digs live up to the grandeur of 6 Indian Lane with seven bedrooms, four fireplaces, a home theater, saltwater pool and many trappings of Jersey girl-level luxury from jaw-dropping floating staircases to six “tranquil” acres, just waiting for drama to pounce.