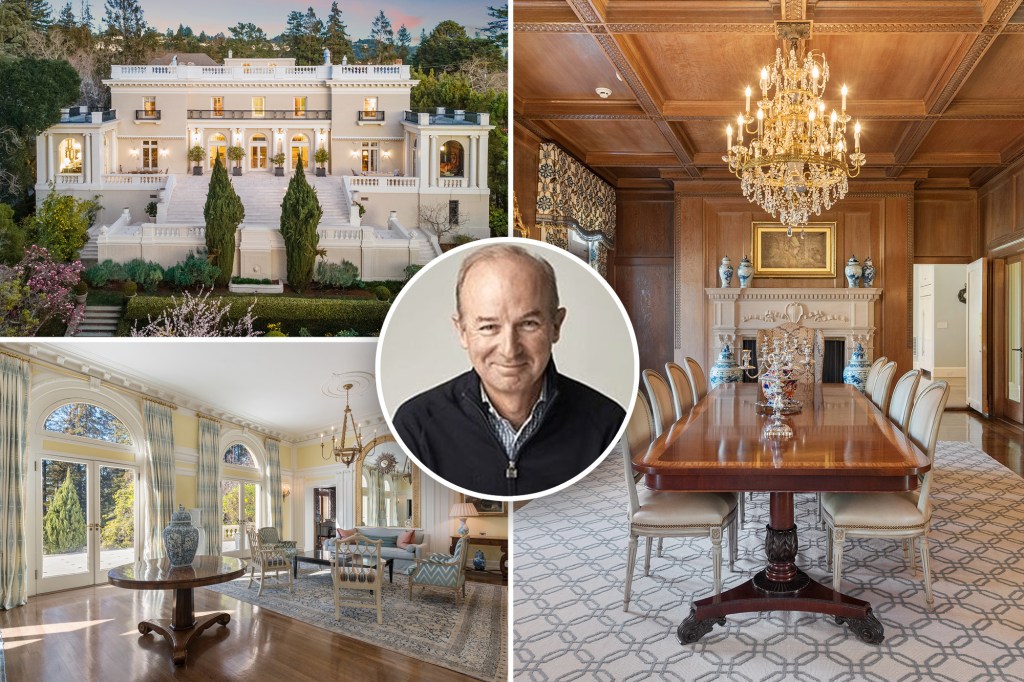 Here’s a place to hang your coat.

Made up of five bedrooms and seven bathrooms, the main residence was initially designed in the early 1900s by renowned architect Charles Peter Weeks.

At the time, Weeks was commissioned to create the glorious Beaux Arts-style mansion for prominent East Bay banker Edson Adams for around $100,000

In the 1970s, following Adams death, Joseph Russell Knowland Sr., a congressman and publisher of the Oakland Tribune newspaper, purchased the home.

If he is able to score anywhere near the asking price, he will be walking away with a hefty profit.

In addition to the main residence, which spans over 10,200 square feet, the home boasts a separate one-bedroom, one-bathroom studio apartment.

Amenities include a recently renovated lower level that features a custom wine cellar, game rooms, and an exercise room. There is also an expansive terrace that spans the back of the home.

Sullivan has been the CEO and Director of the Burlington retail stores (formerly known as Burlington Coat Factory) since 2019.

Hang on, America’s Railway workers want WHAT? Are they crazy? | Redacted with Clayton Morris
Mortgage rates fall for the third straight week, but demand still drops further
Unsettling News for the US Housing Market: Huge Fallout
How To Find The BEST Real Estate INVESTMENT Deals | E3
Dolly Parton reveals plans to expand her empire with a Nashville museum