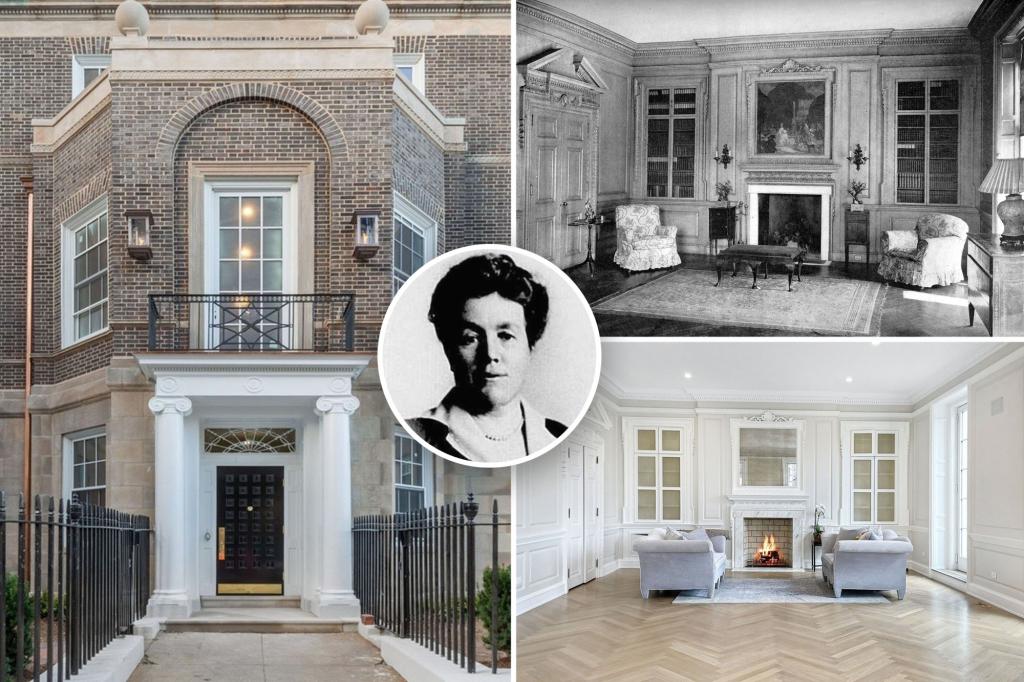 A row house built for a family who survived the Titanic disaster has hit the market for $13.3 million.

Located in the upscale Lincoln Park neighborhood of Chicago, the home was initially built between 1915 and 1917 as part of four Georgian-style residences, according to Chicago’s Historic Preservation Society.

The row homes were some of the first to boast amenities commonly seen in high-class apartment towers built along the lakefront, the society explained.

Architects Henry Corwith Dangler and David Adler designed the timeless homes for a group of close friends, which included Emily Maria Ryerson — who was an American first-class passenger who survived the sinking of RMS Titanic on April 15, 1912, along with her three children, Suzette, Emily and John. But her husband, Arthur, unfortunately perished in the tragedy after refusing to take a place in a lifeboat until all of the women and children had been saved.

Tragically, the couple had been traveling back to America from Europe to attend the funeral of their son, Arthur Jr., who had been killed in a car crash.

The mansion has since been split into two multimillion-dollar luxury residences and are both now up for sale for a combined $13.3 million.

“Unit one is a lot more historic. We have a lot of original molding, original staircase, original stairs,” Leigh-Anne Kazma, an investor in behind the Adler on the Park Showcase House for Charity, told local station WGN9. “Unit two is a little more contemporary.”

The home is currently open to the public for tours every weekend through the end of this month, with tickets running at $65.

Referred to as Residence One on the Lakeview Avenue Row House District, the five-bedroom, six-bathroom estate spans over 6,400 square feet, blending Adler’s 1915 architecture with modern interiors.

Features include a grand foyer with marble checkered floors, restored columns and a restored staircase in the backdrop. The first level comes with a three-car garage, two mudrooms, an expansive family room and two bedrooms.

On the second level, which can be accessed by the elevator, is a dining room, a restored living room with views of the park and a private terrace.