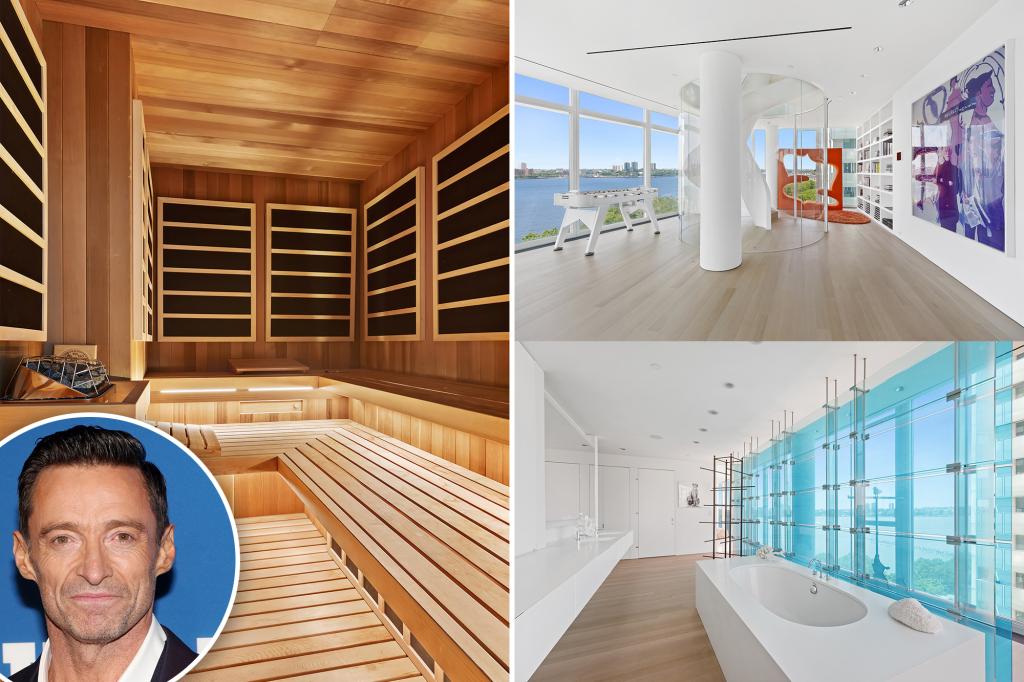 This sharp-clawed hero’s unit is all smooth edges.

Australian “The Wolverine” star Hugh Jackman, 53, put his three-story Manhattan condo on the market this week. The 11,000-square-foot apartment is listed for a cool $38.9 million.

The two-time Tony Award-winning actor — who is currently performing in a revival of “The Music Man” on Broadway — bought the five-bedroom, seven-bathroom property for $21 million in 2008. It is located at 176 Perry St., which was designed by the Pritzker Prize-winning architect Richard Meier, known for projects including the Getty Center in Los Angeles.

Meier didn’t only design the building’s exterior — he also had a hand in designing the interior of Jackman’s unit.

“He had done the interior of the apartment for the previous owner,” Deborah Grubman, who shares the listing with fellow Corcoran brokers David Adler and Paul Albano, told The Post.

The unit has been updated over the years, but Meier’s touch undoubtedly still makes it “a little more unique and special,” plus the views are “staggering,” Grubman added.

Through its wall-to-wall windows, the apartment looks down upon the Hudson River and out onto the New York skyline. “I’m particularly partial to the news with that western view, where you can see the sunsets, Statue of Liberty and the river and boats moving. It’s a view that’s ever-changing,” said Grubman.

The unit spans the building’s eighth, ninth and 10th floors.

On the eighth, there’s an enormous recreation room and four bedrooms, all with ensuite baths, as well as a guest bedroom with a half bath. On the ninth, there’s the double-height great room, as well as a home office with a gas fireplace, the kitchen and a dining area. The 10th floor is dedicated to the primary bedroom and its spa-like bath, dressing rooms and a sauna, as well as an exercise area. Every floor has a terrace and they are all connected by a spiral staircase.