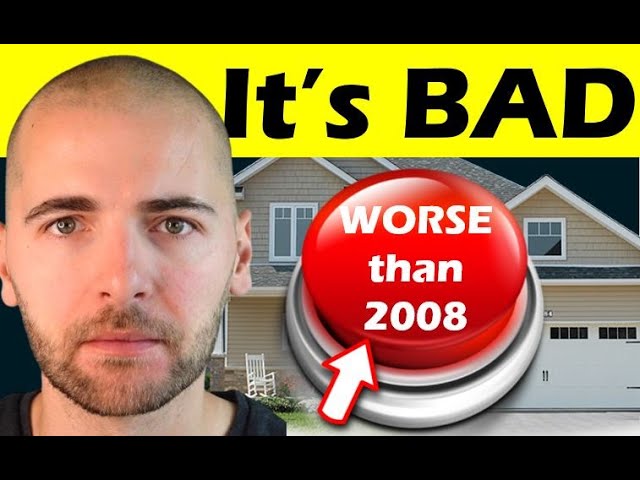 The US Housing Crash has started while the US Economy is heading for Recession. According to Adam Taggart from Wealthion – this Housing Crash and Recession could be worse than the Financial Crisis experienced in 2008 in some key respects.

One reason is that the combination of Inflation and an aggressively tightening Federal Reserve could create a shock that crashes the value of all assets – including Real Estate, Stocks, Crypto, and Bonds. Home Price Drops in some cities could be as much as 40%.

Now interestingly – there might not be the same level of financial contagion and risk to the banking system in this Housing Crash / Recession. That’s because the levels of consumer debt in the economy are lower. However, that won’t stop layoffs from happening and Zombie Companies from going out of business.

Particularly in the Technology Space, where companies like Tesla, Microsoft, Meta, and Salesforce have already introduced hiring freezes. Those freezes could turn to layoffs and job losses later this year, which could push home prices in tech-driven Housing Markets like San Francisco, Austin, and Denver down.

It’s TOO late for them to stop it and they know it, recession is here | Redacted with Clayton Morris
Before and After House Flip – Project G | 1 MILLION PROFIT! | Tenant Nightmares
TikToker slams ‘scam’ Hamptons: $15K tables, long lines, clogged roads, spotty cell service
What’s Behind The Recent Drop In Housing Prices?
Alyson Hannigan’s $18M ‘This is Us’ home, a screen set fave, finds a buyer