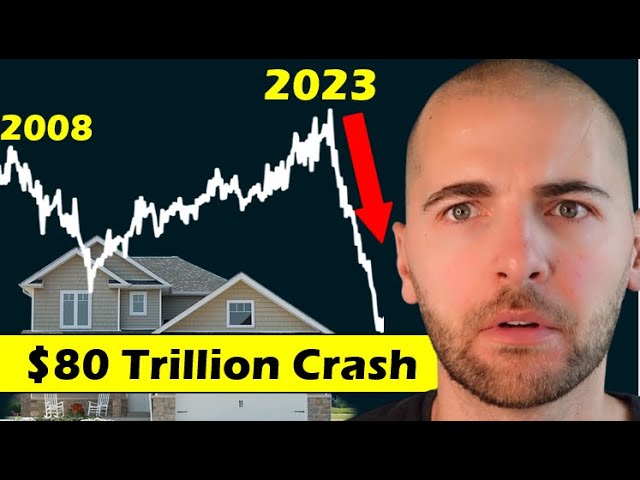 The combined Value of the Housing and Stock Market is currently $80 Trillion – or 320% of GDP. That is even higher than the peak before the 2008 crash. Suggesting that Asset Values have much further to fall.

Why? Two reasons. The first is Interest Rates. Now that Jerome Powell and the Federal Reserve is aggressively hiking interest rates, the Value of Assets is collapsing. This is coming after 20+ Years of Accommodative Monetary Policy from the Fed when Interest Rates were very low. So as long as the Fed is increasing rates, Asset Prices should decline further.

But there’s another issue for Homeowner and Stock Holders. And that’s the impending Recession in America. Two years of record Inflation, plus the Fed hiking interest rates, is plunging America’s economy into a Recession. The result of the Recession will likely be job losses, layoffs, and bankruptcies. Which will cause asset prices to crash further.

There are big warning signals for this Recession. Credit Suisse, one of the largest banks in the world, is having big issues with collapsing stock price and surging credit default swap spreads. If Credit Suisse were to go bankrupt, some predicting that it could be a repeat of Lehman Brothers from 2008.

Additionally – there’s global issues. Great Britain just had a Bond Rout that say the value of the Pound Collapse while the Yields on Gilt Treasuries surged. This destabilization almost caused the British Pension Fund system to collapse. The Bank of England had to intervene to “Save the Day”.

These “Canaries in the Coal Mine” are warning signals that Global Economy is about to descend further into Recession. With Asset Prices collapsing further as a result.

THIS Points to More Pain Ahead for the US Housing Market
Mortgage Interest Rates FALL Sharply
New COVID information you’re not going to believe!
Hang on, America’s Railway workers want WHAT? Are they crazy? | Redacted with Clayton Morris
Inside the upstate retreat where Amy Robach, T.J. Holmes spent a weekend