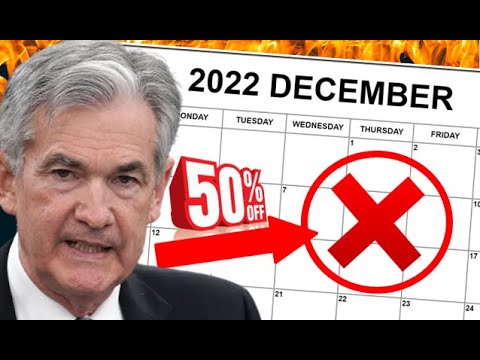 Jerome Powell & the Fed are increasing Interest Rates at the fastest rate in decades to combat Inflation. But they will eventually be forced to Pivot – and when they do – that is a historical sign that Stock & Housing Prices will go down by more.

For instance – over the last 8 Major Recessions, the Fed pivoted about 14 Months before the S&P 500 bottomed out. On average, the S&P 500 crashed by another 22% AFTER the Fed Pivot.

A similar situation occurred with the Housing Market in the 2008 Financial Crisis. The Fed Pivoted back in August 2007 and started cutting rates. Yet Home Prices in America continued declining for the next 5 Years – going down by 25% in total across the US and by 50% in markets like Miami and Phoenix.

The lesson to learn here is that when Jerome Powell inevitably pivots to cut rates – my projection is in early 2023 – that will be a sign that the Recession has gotten a lot worse. Job Losses, Layoffs, and Bankruptcies will increase. Which in turn will likely push Asset Prices down further.

There are several big deflationary forces in the Economy right now. The Housing Market is one of them. Both Home Prices and Rents are starting to decline across America right now, suggesting that Deflation could be coming in the future.