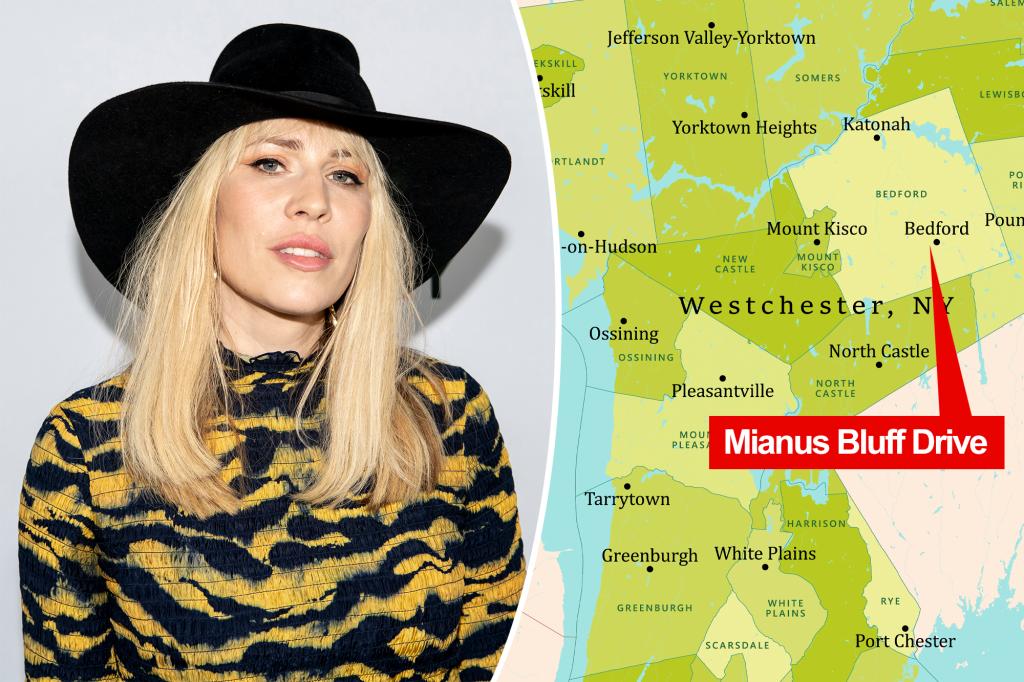 It’s her own pocketful of sunshine.

Singer/songwriter Natasha Bedingfield is the latest star to buy a home in Bedford, NY.

The 5,618-square-foot Colonial was built in 1994 and sits on 5.57 acres; its offerings include a chef’s kitchen that opens to a large outdoor deck as well as a library and finished basement.

Bedingfield (who was repped by Compass broker Melissa Marcogliese) joins A-listers Matt Damon, who bought an $8.5 million, four-bedroom Westchester property with his wife Luciana Barroso in July, and Ryan Murphy (once dubbed the most powerful man in television for creating shows like “Glee” and “American Horror Story”), who bought Richard Gere’s nearby Pound Ridge estate in May for $28 million through Coldwell Banker listing broker Diane Hackert.

The buyer was actress Sydney Tamiia Poitier, the daughter of actors Sidney Poitier and Joanna Shimkus.