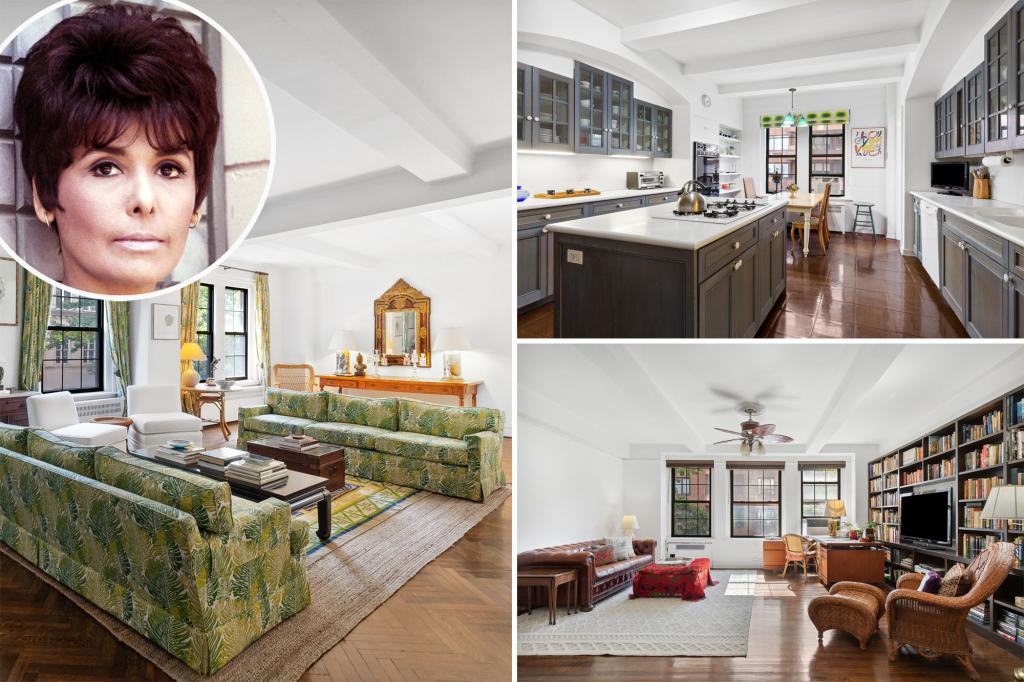 This Broadway icon’s former home is something to sing and dance about.

The Upper East Side apartment once owned by stage legend Lena Horne is up for sale, asking $2.19 million. The news was first reported by the New York Times.

The spacious residence, which measures around 2,100 square feet, is located inside the Volney, a historic hotel-turned-co-op at 23 E. 74th St.

Horne, the Brooklyn-born singer, dancer and actress, first moved into the building in the early 1980s and lived there until her death in 2010 at age 92.

The apartment was originally two separate units — a one-bedroom and a studio — which Horne transformed into a singular sprawling space that became her sanctuary.

Following her death, her journalist daughter, Gail Buckley, inherited the residence — and she has now put it up for sale.

The kitchen has also been recently updated, and comes complete with wood cabinetry and a separate breakfast nook.

The home is located on the fifth floor.

Located just a block back from Central Park, the building has had numerous notable residents, including humorist Dorothy Parker, who died there in 1967.

Famous faces were a common sight at the Volney during the many years that Horne lived there, with the Grammy-winner regularly hosting dinner parties for her showbiz friends.

“It was very much her home,” granddaughter Jenny Lumet told the Times of the apartment, which also has two separate bathrooms.

The listing comes just weeks before the Brooks Atkinson Theatre on Broadway will be officially renamed for Horne in a ceremony on Nov. 1.