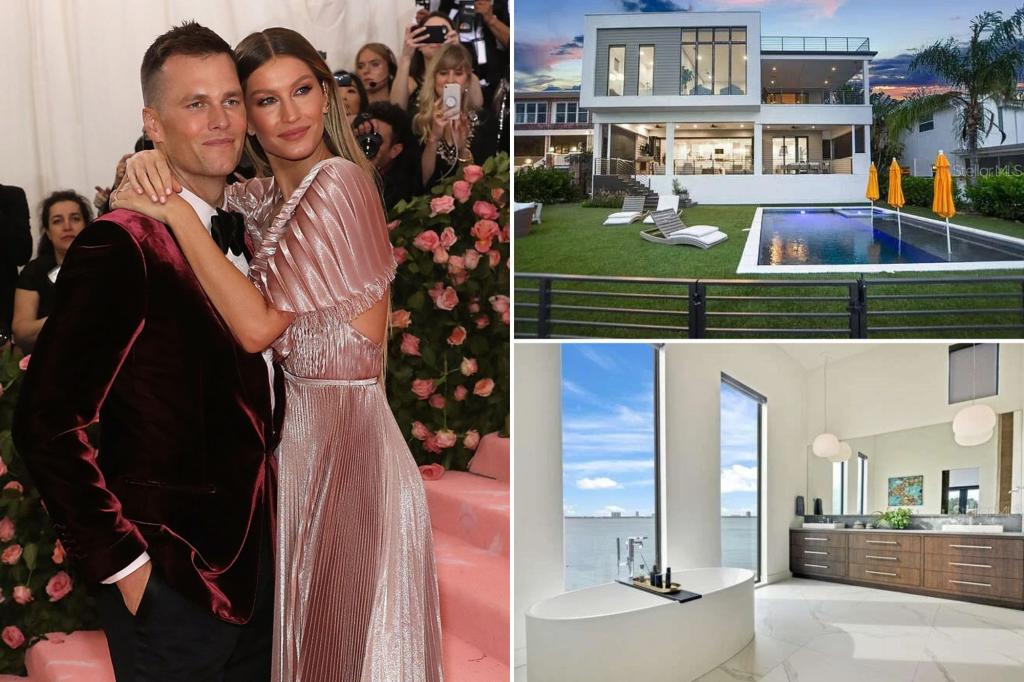 Tom Brady is saying goodbye to the home he lived in for most of his career with the Tampa Bay Buccaneers.

For the last two years, Brady, 45, and Gisele Bündchen, 42, rented a six-bedroom, six-bathroom contemporary estate in Davis Islands while constructing their still incomplete mega-mansion, according to Realtor.com. The house is now listed for $12.5 million.

The now-divorced couple moved into this home after they realized the waterfront Tampa mansion they had been renting from Derek Jeter, dubbed “St. Jetersburg,” didn’t offer them much privacy.

Spanning 6,500 square feet, the property boasts open bay views and was custom-built in 2019.

Features of the open-concept home include a wine cellar, an elevator and a chef’s kitchen with marble countertops.

Exterior touches include a custom pool, a spa, a private dock and a boat lift.

Brady and Bündchen have posted multiple videos and photos of them inside the home with their three children.

The home went on sale over the summer, nearly three months after Brady announced his return to the NFL.

On Friday, Brady and Bündchen — amid months of speculation regarding the state of their relationship — released separate statements announcing their split.

“In recent days my wife and I finalized our divorce from one another after 13 years of marriage,” Brady wrote in an Instagram story.

Bündchen said in a separate story: “The decision to end a marriage is never easy but we have grown apart and while it is, of course, difficult to go through something like this, I feel blessed for the time we had together and only wish the best for Tom always.”

Meanwhile, records obtained by The Post show that Bündchen purchased a modest cottage near Miami Beach amid all the controversy.

Watch Us Close This | Subject-to Seller Financing (Live Call)
Quick Flip for Modest Profit! | Flip or Flop | HGTV
The Next Market Crash | How To Get Rich In The 2023 Recession
Wait! So Pfizer KNEW all along and kept it secret? | Redacted with Natali and Clayton Morris
No one is talking about this in the war with Russia | Redacted with Natali and Clayton Morris