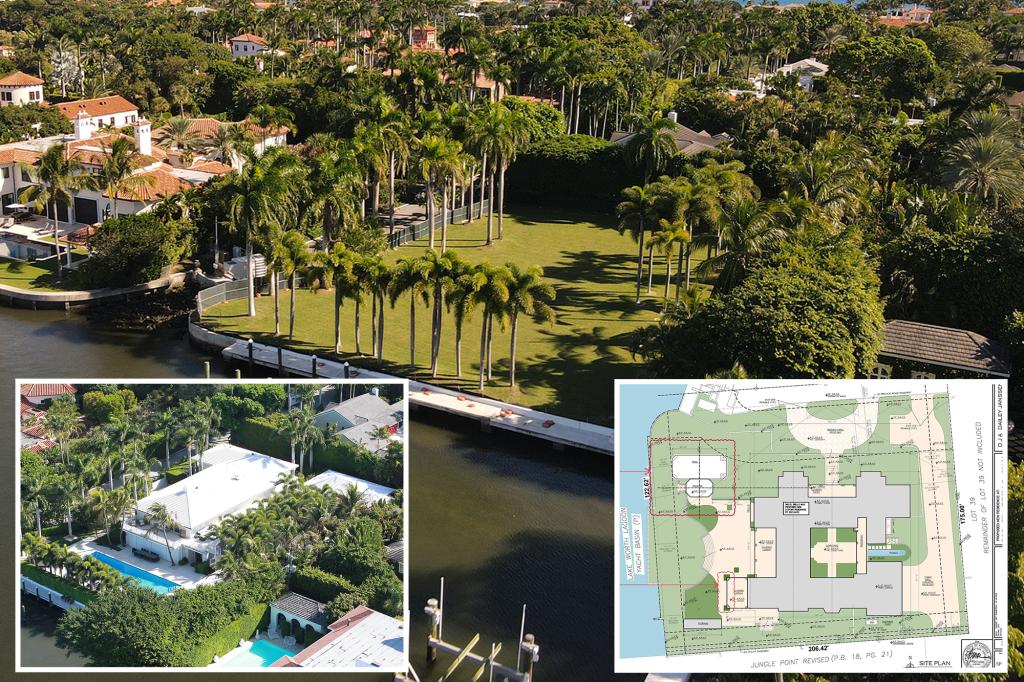 A Massachusetts venture capitalist is building a 10,000-square-foot mansion on the site of the disgraced financier’s now-demolished Palm Beach estate — where he is said to have groomed and abused scores of underage girls.

The elite enclave’s architectural commission approved David Skok’s plans for a residence on the waterfront plot he purchased for $25.8 million last year.

Epstein, who had paid $2.5 million for the 0.8-acre property in 1990, used it as one of his main bases of operations and his right-hand woman Ghislaine Maxwell was known to scour the nearby shopping malls and schools to recruit young girls to work as masseuses, according to many reports.

Skok purchased the cleared Palm Beach parcel from builder Todd Glaser, who bought it for $19 million in March of last year before razing the unwelcome monument to Epstein’s crimes in April.

Epstein’s 14,000-square-foot house was bulldozed in April 2021. Locals cheered the demolition, with Lawerence Moens, the reclusive broker who handled Glaser’s purchase, telling the Palm Beach Daily News that he wanted it “wiped off the map.”

Proceeds from that sale of the property were used to pay off Epstein’s tax debt and to provide compensation to his victims.

A venture capitalist at Matrix Partners and author of a popular website for budding entrepreneurs, Skok plans to build a two-story white home featuring six bedrooms, a library, courtyard, pool, pavilion and direct access to the Intracoastal Waterway.

The average home price in Palm Beach is more than $7 million, making it one of the most sought after areas to live in the US. As Epstein’s property sits on the water, there was little question of whether the plot of land would lie vacant for long.

While in Epstein’s possession, a 2005 raid by Palm Beach Police on the 1953 six-bedroom spread revealed the innards of his sex lair, including sex toys, kinky photos and paintings of nude women on the walls.

The search also turned up a topless photo of Maxwell, who is now serving a 20-year sentence at a low-security prison in Tallahassee for trafficking women for Epstein to abuse.

The jet-setting predator died in a Manhattan jail cell while awaiting trial in 2019.

Trophy properties from Epstein’s sprawling real estate portfolio were put up for sale in the wake of his arrest.

While his Upper East Side townhouse in Manhattan sold for $51 million in April 2021, his other former homes remain on the market, including estates in New Mexico and Paris and his infamous “pedophile island” in the Caribbean.

THIS Points to More Pain Ahead for the US Housing Market
MAKE SIX FIGURES A YEAR! How To Flip Houses
3 Ways To Level Up Your Real Estate Investment Analysis (Advanced Tools)
Mortgage Interest Rates FALL Sharply
New COVID information you’re not going to believe!